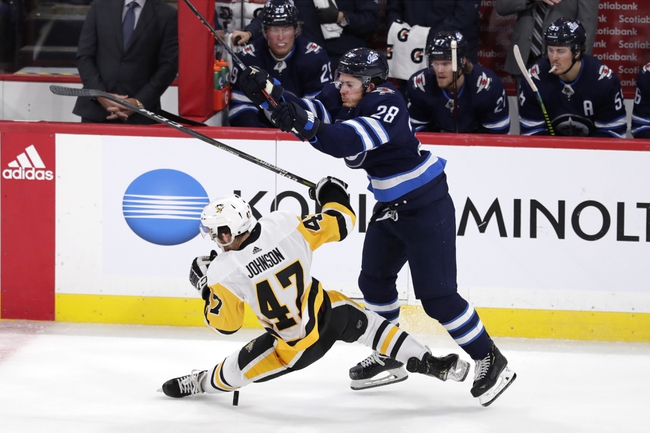 The Arizona Coyotes were solid in keeping the Colorado Avalanche off the scoreboard as they held them to 3 goals on 32 shots. The Coyotes starting goaltender Antti Raanta had a solid game in the crease as he recorded 29 saves which pushed his season save percentage to .906 and GAA to 2.84. The Arizona Coyotes were slightly edged out by the Colorado Avalanche in the faceoff circle, 32-31.

The Winnipeg Jets struggled in keeping the Pittsburgh Penguins off the scoreboard as they allowed them to score 7 goals on 28 shots. The Jets starting goaltender Laurent Brossoit struggled in the crease as he recorded 21 saves which pushed his season save percentage to .850 and GAA to 4.86. The Winnipeg Jets were edged out by the Pittsburgh Penguins in the faceoff circle, 34-30.

The Winnipeg Jets are in dire need of a bounce-back game after allowing the Pittsburgh Penguins to score 7 goals on them at home, and they have the perfect opponent to grab a win against. The Jets have received an amazing start from Patrick Laine and Mark Scheifele as they have combined for 21 points, and they should be able to do some damage here. The Jets will have their starting goaltender back in the crease in Connor Hellebuyck, and he has a GAA of 2.50 which will be a boost here.