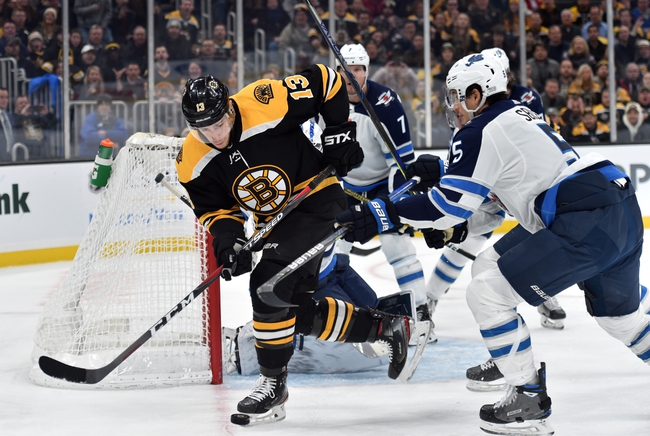 The Boston Bruins go to Winnipeg, Canada, to take on the Winnipeg Jets on Friday at the Bell MTS Place. The Boston Bruins are coming off of a victory over the Vegas Golden Knights, but have only won two of their last five games recently.

The Boston Bruins are 29-10-12 on the season, with a road record of 12-8-3 on the road. The Boston Bruins are in first place in the Atlantic Division, and second in the Eastern Conference with their 70 points, which is tied for second-most in all of the NHL. The Bruins have been fantastic on both the offense and defense, as they are sixth in goals scored and second in goals allowed, that consistency makes the Bruins one of the best teams in the NHL.

The Winnipeg Jets are coming off of a four-game losing streak, losing to the Tampa Bay Lightning, Chicago Blackhawks, Carolina Hurricanes, and the Columbus Blue Jackets in their last game. The Jets have allowed 20 goals in four games, while only scoring seven for themselves, that is a terrible ration at the moment.

The Winnipeg Jets are 25-22-4 on the season, with a home record of 11-11-2. The Jets are in fifth place in the Central Division and are on the outside looking in, in terms of the Western Conference playoffs.