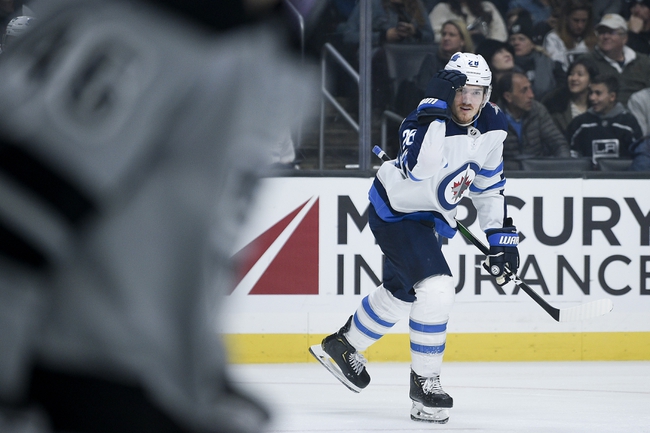 The Dallas stars go to Winnipeg to take on the Winnipeg Jets at Bell MTS Place on Tuesday. The Dallas Stars are coming off of a loss in the Minnesota Wild, and are currently on a three-game losing skid.

Dallas Stars are tied for third place in the Central Division, with the Winnipeg Jets oddly enough. The Stars are led by their superstar Center Tyler Seguin who also leads the team in points (21) and assists (15).

The Jets faced a tough tough back-to-back just recently, defeating the Anaheim Ducks by three goals, but then falling to the Los Angeles Kings 2-1. The Jets have still won three of their last five games this season.

The Winnipeg Jets are 16-10-1 with 31 points, which is good enough for third in the Central Division. Winnipeg allows the fourth-most shots per game to their opponents (33.2), but due to the tremendous goaltending play by Connor Hellebuyck is second in the NHL in save percentage with a .933 save percentage. Hellebuyck is also tied for the most wins in the NHL with 13 wins.

Both teams are literally tied for the same exact amount of points and are tied in the division together. Both teams are also tied in their season series, both winning the game a piece. It's extremely difficult to choose one team to win, but I give the edge to the Dallas Stars in this one, because of what Seguin can do at any given time, as he is one of the most talented players in the NHL. Final score prediction, Dallas Stars win, but our best play is Dallas Stars over 3-2.