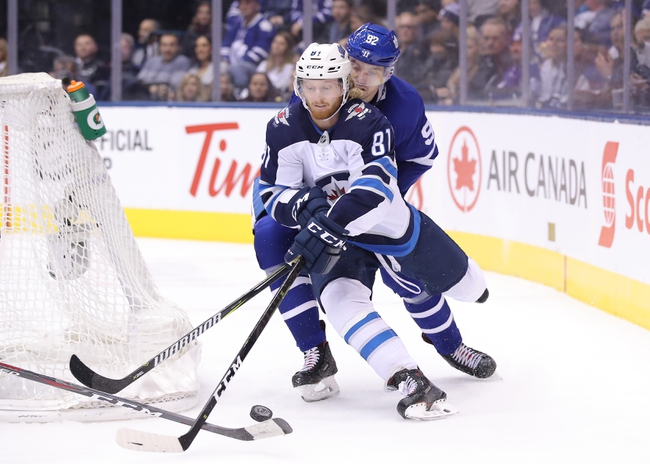 Toronto is in second place in the East's Atlantic Division and comes into Tuesday's match as one of the hottest teams in hockey. They won 4-1 at Minnesota on Tuesday. The Maple Leafs have won nine of the last 11 games and have scored early and often during that run, with an average of five goals per game in their wins.

On the season, Toronto has scored 146 goals, which ties Washington for the best mark in the NHL.

Center Auston Matthews ranks second in the NHL with 26 goals and 11th in total points with 46. Matthews has five goals and five assists in the last five matches and has been the key to Toronto's flurry of goals. A young star in the sport, Matthews is having his best season yet.

Winnipeg has lost five of its last seven but comes into Tuesday with an astonishing 7-4 win on the road against Colorado on Tuesday night. Left wing Kyle Connor recorded a hat trick and has now scored multiple goals in two of the last three times out for the Jets. Connor is tied with Mark Scheifele with 17 goals for the team lead and has 18 assists.

Winnipeg sits in the middle of the Western Conference's Central Division and is also in the middle of the road in terms of goals scored and goals allowed. However, a return to form could put the Jets in great position, as they sit just three points behind second-place Colorado.