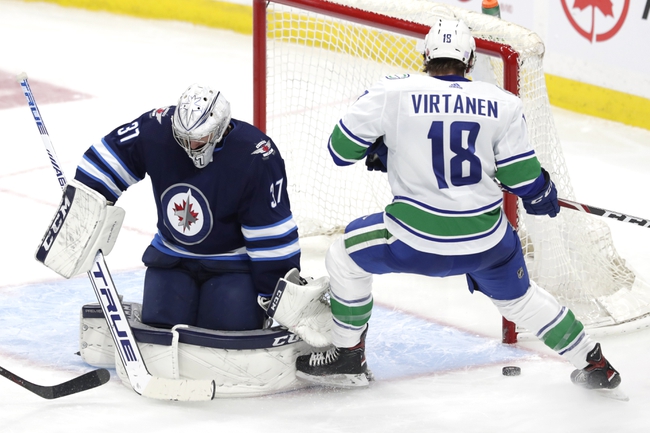 Vancouver is 25-17-4 on the season, and have primarily had the good record they have due to their offense, finding ways to score in bunches. Their leading goal scorer Elias Patterson leads the team in 21 goals and also leads the team in points with 48.

The Winnipeg Jets are on a two-game losing streak, losing to the Boston Bruins, giving up three goals alone to David Pastrnak, and failing to the Nashville Predators. The Jets' last five games have all come down to one-goal, which begs the question if the Jets are better or worse than what their record shows.

This game should be extremely close due to both teams having a similar record. However, I think that the Winnipeg Jets have hit a little bit of a skid, and have even been unlucky at times. While Vancouver Canucks have done exceptionally well in their last ten games, and have the ability to beat anyone at any time. I think this game is close because the Jets are playing everything close at the moment, but ultimately I believe that the Vancouver Canucks get another win. Final Score Prediction, Vancouver Canucks win 5-4.