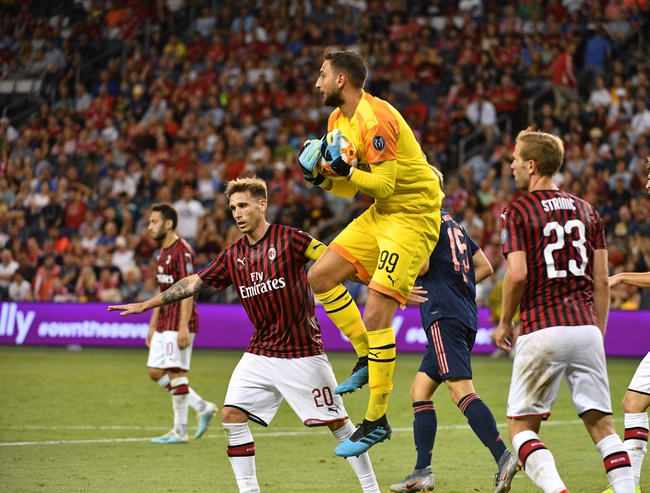 Napoli have not had a good season and they are currently 7th in the ladder with 19 points from their 12 games. Napoli have failed to win in their last 5 games and the team is looking low on confidence. In their last outing, Napoli only managed a 0-0 draw at home against Genoa. It was a poor outing for Napoli as they only managed to maintain 42% of the possession at home. Napoli managed 7 shots on target but failed to score. The pressure is building on Napoli and they will be desperate to turn things around in this match.

On the other side of the coin, AC Milan have also struggled this season. AC Milan have lost their last 2 games but there have been signs of improvement. In their previous outing, AC Milan were defeated 1-0 by Juventus. AC Milan played well during the game against Juventus as they managed to compete well but they eventually conceded a goal in the 77th minute. AC Milan look far away from their glory days but the team will be hoping to get a result at home.

AC Milan and Napoli last played each other in January in the Coppa Italia. The match was won 2-0 by AC Milan. Napoli last defeated AC Milan in August 2018 where Napoli won 3-2 at home.

AC Milan and Napoli have both struggled over the past few months and neither side has been playing well. That being said, I am going to pick AC Milan to win this match. AC Milan seem to have a good record against Napoli and they have the advantage of playing at home. This should be a close match but I see AC Milan leaving with all 3 points.