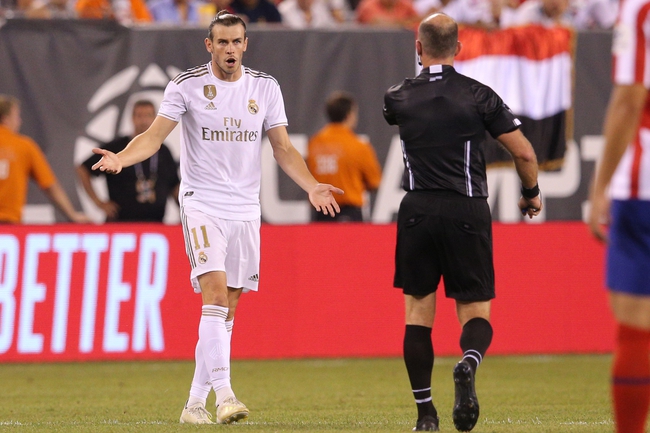 In La Liga, Real Madrid will travel to the Mendizorroza where they will play against Alaves.

Real Madrid played midweek in the UEFA Champions League. That match was played at home against PSG with the result being a 2-2. While Real Madrid were forced to share the points, the team was very impressive as they controlled the match and looked the better side. Karim Benzema played exceptionally well as he scored both goals for Real Madrid. As it currently stands, Real Madrid are tied with Barcelona at the top of the La Liga ladder. With Barcelona having a tough match against Atletico Madrid, Real Madrid will be desperate to ensure they get the 3 points from this fixture.

Looking at Alaves, the team enters this match having won their previous outing 2-0 away from home against Eibar. It was an outstanding performance by Alaves as the defended exceptionally well and took their chances when attacking. Alaves have won their previous two games and the team looks to have some momentum. That being said, Alaves are still in a relegation battle and the team is expected to struggle in this match as they are playing against an elite team in Real Madrid.

Real Madrid and Alaves last played each other in February. The match was played at the Santiago Bernabeu in Madrid with Real Madrid winning the fixture 3-0. It was a dominant win for Real Madrid as they controlled over 70% of the possession and had 22 shots.

As far as this match is concerned, I am going to pick Real Madrid to win. Real Madrid are a significantly stronger side and the team has been playing exceptionally well over the past few months. I see this being a high scoring match with Real Madrid scoring 3 or more goals. As a result, I am going to suggest wagering on the over 2.5 goals being a good bet.