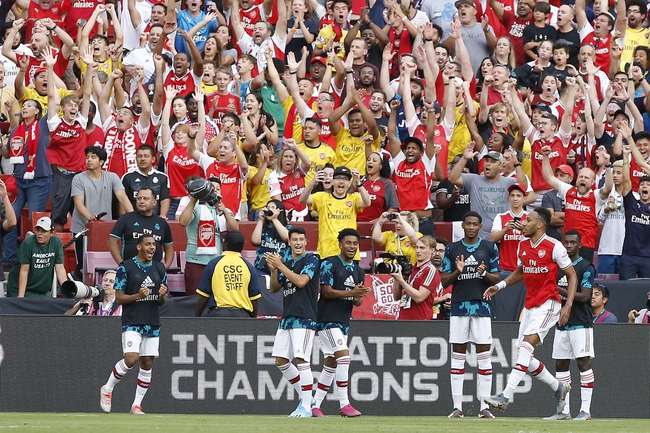 Arsenal will play their next English Premier League match at home at the Emirates Stadium where they will host Aston Villa.

Arsenal had a big win midweek as they defeated Eintracht Frankfurt 3-0 away from home. Arsenal only had 43% of the possession but they used the ball exceptionally well as they had 16 shots. Pierre-Emerick Aubameyang continued his supreme form as he scored the third goal of the game. Joe Willock and Bukayo Saka both scored goals also. Following a tough draw against Watford in the Premier League, Arsenal will be very satisfied with the result they produced in the Europa League.

On the other side of the coin, Aston Villa had a tough match last weekend as they failed to defeat West Ham United at home. It was a frustrating match for Villa as they had West Ham reduced to 10 men but still failed to control the match. Aston Villa have had a very poor start to the season as they only have 4 points from their 5 games and are 17th on the ladder. The forwards have been the biggest issue for Aston Villa as they have only scored 4 goals all season. Considering the attacking strength of Arsenal, Aston Villa must produce goals if they wish to compete in this match.

Arsenal and Aston Villa did not play each other last season in the Premier League since Villa were not in the competition.

Aston Villa must get points at home if they wish to avoid relegation this season. The crowd at Villa Park gives the team a huge boost and that makes it easy to understand their struggles on the road. Playing at the Emirates is a tough task and Arsenal are attacking extremely well this season. Considering the strength of Arsenal’s attack, the Gunners look set to win this match with some ease.