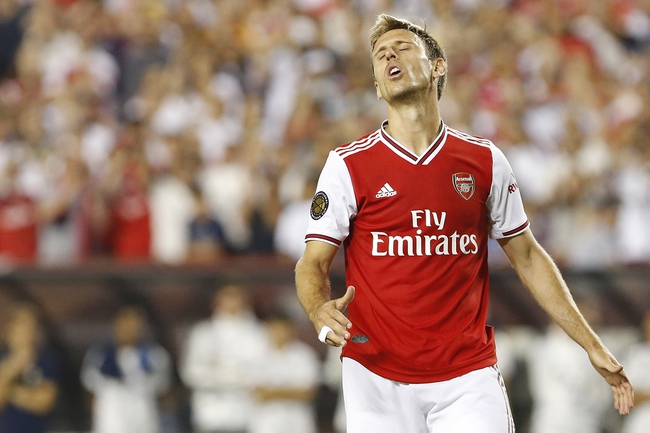 In the 2019/2020 English Premier League, Arsenal are set to host Manchester City at the Emirates Stadium in North London.

It has been a tough few weeks for Manchester City as the team has failed to produce winning results which has resulted in them falling a long way behind Liverpool. The Premier League race seems to be slipping away for Manchester City but the Sky Blues should be desperate to return to winning ways. Manchester City lost to Manchester United in the team's previous Premier League fixture and while the result was poor, the team played well. The likes of Kevin de Bruyne and David Silva constantly created chances and if that continues, the team should not have problems winning. Despite their recent results, Manchester City are playing well and the team will be confident in their ability to win this match.

On the other side of the coin, Arsenal are struggling. The Gunners recently fired manager, Unai Emery, but the results are still poor for the team. Arsenal seem to lack any defensive organization and that caused the team to concede too many goals. Pierre Emerick Aubameyang is the only player who has shown any form but even the superstar striker has not been able to bail out the Gunners. This is expected to be an extremely tough match for Arsenal since they are playing an elite side in Manchester City.

Manchester City and Arsenal last played each other in February. The match was played at the Etihad Stadium with Manchester City winning 3-1. Sergio Aguero showed outstanding form as the Argentine striker scored 3 goals.