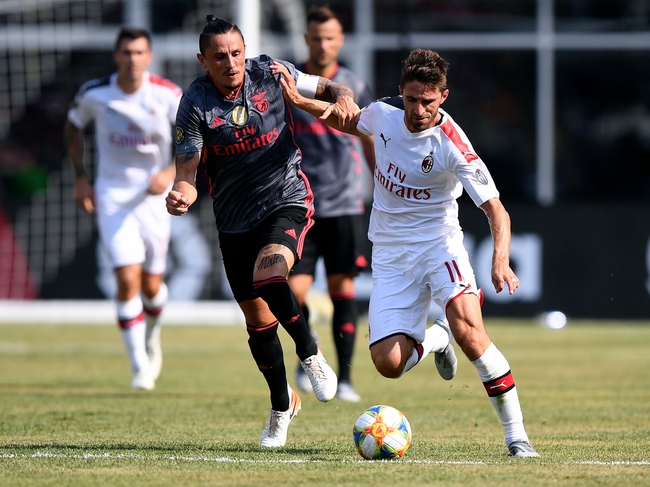 In the Italian Serie A, Atalanta is set to host AC Milan at the Atleti Azzurri d'Italia.

It has been an outstanding season at Atalanta as the team has secured qualification in the second round of the Champions League while also playing well in the domestic league. As it currently stands, Atalanta are 6th on the Serie A ladder with 28 points from their 16 games. Atalanta were defeated in their previous match as they lost 2-1 away from home against Bologna. Atalanta controlled 60% of the ball and had almost 20 shots but the team only managed to score once which wasn’t enough. It was an unfortunate result for Atalanta but the team will be confident in their ability to bounce back strongly in this fixture against AC Milan.

Looking at AC Milan, it has been a tough season for the team as they are 10th on the ladder with 21 points from their 16 games. While things are looking poor for AC Milan, there have been signs of improvement over the past few weeks. AC Milan have gotten points from their last 4 games with 2 wins and 2 draws. In their previous outing, AC Milan managed a 0-0 draw at home against Sassuolo. It was a poor result for AC Milan since the team had 23 shots but failed to score the winning goal. This is expected to be a tough match for AC Milan since they are playing a strong team in Atalanta.

Atalanta and AC Milan last played each other in February. The match played at the Atleti Azzurri d'Italia with AC Milan winning 3-1 away from home.

Looking at all the information, I am going to pick Atalanta to win this match. AC Milan have been improving as a team but I don’t see them being at the level where they can get a result against Atalanta at the Atleti Azzurri d'Italia. I am expecting a close match but Atalanta should be good enough to get all 3 points.