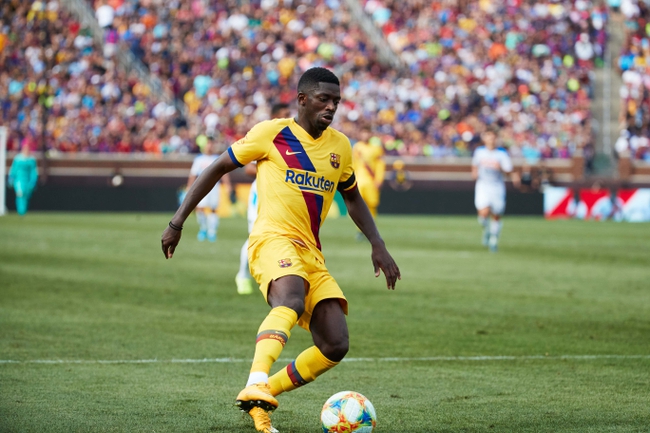 FC Barcelona are set to play against Atletico Madrid in La Liga. The match is set to be played at the Wanda Metropolitano Stadium meaning Atletico Madrid will be the home team.

FC Barcelona played exceptionally well midweek as the team defeated Borussia Dortmund 3-1 at home. FC Barcelona only had 46% of the possession but the team managed to create enough scoring chances to control the entire match. Luis Suarez, Antoine Griezmann, and Leo Messi all scored for FC Barcelona which is a huge positive for the team. As it currently stands, FC Barcelona are top of the La Liga ladder but with Real Madrid equal on points, the team must keep winning to maintain their position. This could be a challenging match since Atletico Madrid are a strong side.

Looking at Atletico Madrid, the team has plenty of potential but have had a tough few weeks. Atletico Madrid played against Juventus midweek in the Champions League. It was a close match but Juventus won 1-0. The strikers will be disappointed since Atletico Madrid had 15 shots but only 2 shots were on target. Atletico Madrid are 4th on the ladder and the team must win this fixture if they wish to keep their La Liga title hopes alive.

Looking at all the information, I am going to predict that this match ends as a draw. FC Barcelona are the stronger side but the team is playing away from home and the Wanda Metropolitano Stadium is a tough place to visit. I see this being a low scoring game with both teams sharing the points.

The pick in this article is the opinion of the writer, not a Sports Chat Place site consensus.
Previous Pick
Parma vs. AC Milan - 12/1/19 Serie A Soccer Pick, Odds, and Prediction
Next Pick
French Ligue 1: Best Bets – Round 16 – Odds, Predictions, and Picks