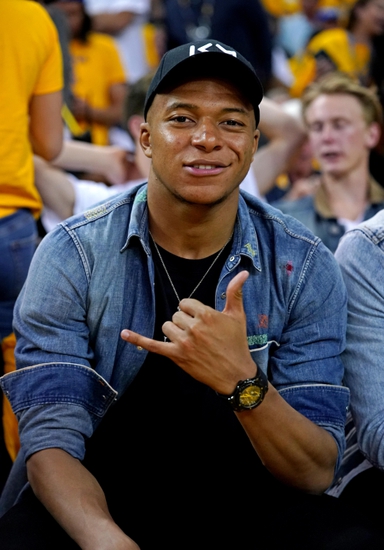 Let’s take a look at the bookmakers’ favorites to win the Ligue 1 title this season.

Paris Saint-Germain have won six of the last seven Ligue 1 titles, and they don’t look like slowing down anytime soon.

Since the club was taken over in 2011, there has been in excess of $1 billion spent of player transfers for PSG and no other club in the country is capable of competing with PSG financially.

It’s hard to envisage anyone challenging PSG this season and they are the bookies’ clear favorites to win a third straight Ligue 1 title.

Lyon won seven consecutive Ligue 1 titles across the early and mid 2000s, but have struggled to compete with PSG in recent times.

Lyon finished 19 points behind the champions last season and will be desperate to close the gap this time around.

One positive that Lyon can take from last season is the team’s 2-1 victory over PSG.

This proves that they’ve got what it takes to beat the champions, but Lyon must pick up wins consistently throughout the new campaign to challenge for the title.

Marseille last won the title in 2009/10 but have failed to make an impact on the French top-flight since then.

The south coast side finished in fifth place last season, and parted ways with manager Rudi Garcia following another below par campaign.

Andre Villas-Boas has been appointed as Garcia’s successor, and he has a huge job on his hands in trying to stop PSG from claiming yet another domestic title.

Marseille will need star players such as Dimitri Payet and Florian Thauvin to rediscover their form if the club is to compete for the crown this year.

Monaco are the only team to have disrupted PSG’s dominance in the last seven seasons by winning the title in 2016/17.

While Monaco is significantly weaker now, they still possess a number of top-quality players that are more than capable of helping the team cause an upset.

Lille finished the 2018/19 campaign in second place, but were still 16 points off the top spot.

Lille picked up a 5-1 win against PSG last season, and this will give the team a great deal of confidence heading into the new campaign.

Despite their impressive victory over the champions, Lille are a longshot to clinch the title this season.

While the odds don’t offer much value, PSG are streaks ahead of the other teams in the league, making it a very safe bet.

The pick in this article is the opinion of the writer, not a Sports Chat Place site consensus.
Previous Pick
Transfer news: Harry Maguire joins Manchester United for world record fee
Next Pick
Who will finish as the EPL top goal scorer? Golden Boot 2019/20 – Odds and Pick