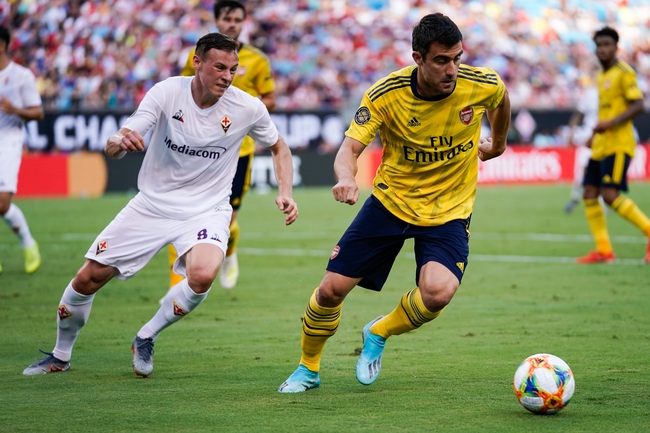 Arsenal will play their next English Premier League match in South London as they face Crystal Palace at Selhurst Park.

The Gunners have had a good few weeks since the arrival of their new manager. In their previous Premier League outing, Arsenal defeated Manchester United 2-0 at home. It was an outstanding performance by the Gunners and it showed that the team can compete against the big sides in England. Arsenal had close to 50% of the possession and 10 shots. Sokratis Papastathopoulos and Nicolas Pepe were the two players that scored for Arsenal. As it currently stands, Arsenal are 10th on the Premier League ladder but there have been signs of improvement in recent weeks.

Arsenal and Crystal Palace played each other earlier in the season at the Emirates Stadium. It was an exciting match that ended in a 2-2 draw. It was an evenly contested match with both sides creating chances and scoring goals.

Looking at all the information, I am going to predict that this match will end as a draw. Arsenal have improved but they are still not the elite team they once were. Crystal Palace have played well this season and I see them having enough to get a point at home.

The pick in this article is the opinion of the writer, not a Sports Chat Place site consensus.
Previous Pick
EPL: Best Bets – Round 22 – Odds, Predictions, and Picks
Next Pick
Chelsea vs. Burnley - 1/11/20 Premier League Soccer Pick, Odds & Prediction