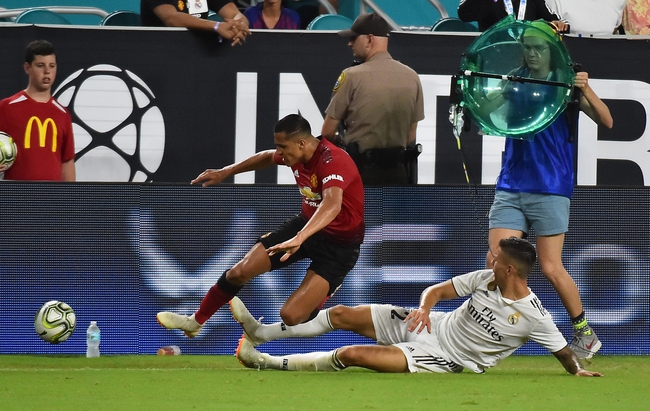 The road to Wembley continues with some exciting EFL Cup ties this week. Aston Villa will be looking to take advantage of a second-string Liverpool side, while I’m predicting big wins for both Manchester Clubs. Can Everton upset the odds against Leicester? Here are the best bets for the Carabao Cup quarter-final matches.

With Liverpool’s entire first-team squad away in Qatar at the Club World Cup, the Reds are the rank outsiders in this tie. The bookies have Villa as favorites at 1.25, while a Liverpool win is at 7.50. Considering the strange circumstance, I think the Both Teams to Score market makes sense for this game.

Leicester are flying-high in the Premier League this season, while Everton have struggled for consistency so far. With the EPL their main priority, we could see both managers resting a number of key players and rotating their squad for this game. In my opinion, Leicester have a far stronger squad, so I can see them reaching the last four with a win.

Oxford are currently eighth in League One – the third-tier of English soccer. In contrast, Man City are third in the Premier League standings. Oxford have done well to make it this far in the competition, but this quarter-final is set to be a big mismatch. I think the EPL side will score over 3.5 goals on their way to victory.

We could see another mismatch here. Colchester United – the tournament’s lowest-ranked side – travel to Old Trafford for one of the biggest games in the club’s history. Manchester United are not what they used to be, but they have picked up some impressive results recently. After going unbeaten in their last five games in all competitions, I wouldn’t be surprised if the home side record a high-scoring victory.

The pick in this article is the opinion of the writer, not a Sports Chat Place site consensus.
Previous Pick
Arsenal vs. Manchester City - 12/15/19 English Premier League Soccer Pick, Odds, and Prediction
Next Pick
German Bundesliga: Best Bets – Round 16 – Odds, Predictions, and Picks