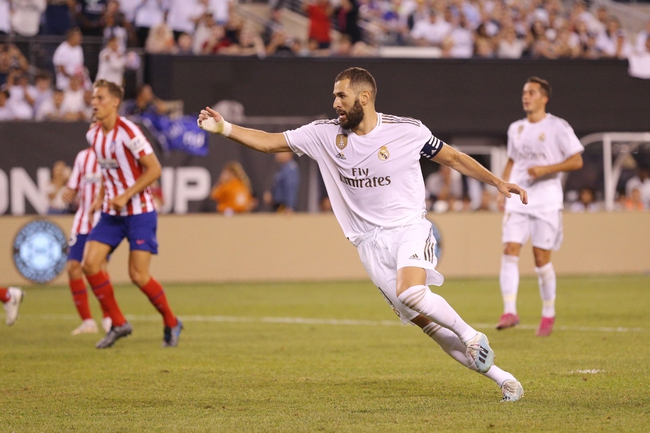 In La Liga, Eibar are set to play their next match at home at the Municipal de Ipurua where they will host Real Madrid.

Eibar played their previous match against Leganes where they won 2-1 away from home. It was an impressive performance by Eibar as defended well and created good scoring chances. Kike scored the winning goal in the 84th minute of the game. It has been a productive few weeks for Eibar as they have won their last 2 games which has allowed them to move out of the relegation zone into 14th position on the ladder. That being said, this is expected to be an extremely tough match for Eibar as they are playing one of the top teams in Spain.

Looking at Real Madrid, the Spanish giants enter this match having beaten Galatasaray 6-0 midweek in the Champions League. It was a dominant performance by Real Madrid as they controlled 69% of the possession and had 11 shots on target. Rodrygo was the star performer for Real Madrid as he scored 3 vital goals for the team. Karim Benzema was also impressive as he scored twice. Following a rough start to the season, things are looking better for Real Madrid and the team is finding some good rhythm. As it currently stands, Real Madrid are tied with FC Barcelona at the top of the La Liga ladder meaning that it is vital the team maintains its winning ways.

Eibar have managed to produce some good results in the past few weeks but I don’t see them having enough to compete with Real Madrid. Real Madrid look in good form and the team seems to have some confidence following some strong results in the Champions League. There is a big difference in skill between the two teams and I see Real Madrid winning this match with some ease.