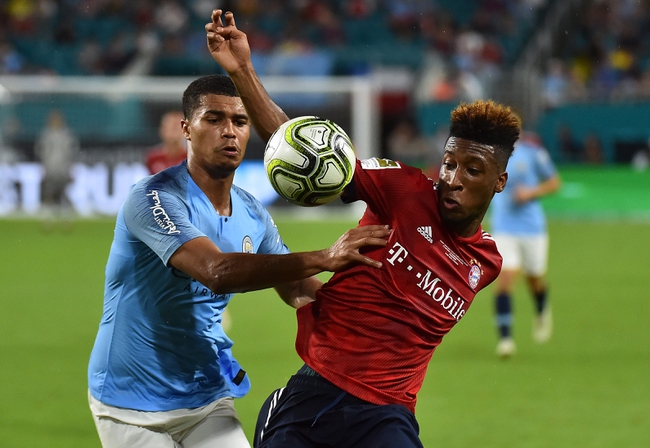 Can you believe it? We’re already a quarter of the way through the 2019/20 Premier League season! Liverpool are flying high, while Manchester City attempt to chase them down. At the other end of the table, Watford are still without a win.

This week, I have chosen to feature Manchester City vs. Aston Villa, West Ham United vs. Sheffield United and Burnley vs. Chelsea. I believe these games offer the best value when it comes to betting on Round 10 of the Premier League.

Manchester City come into this match on the back of a 5-1 win in the Champions League. Raheem Sterling bagged a hat-trick against Atalanta, while Sergio Aguero netted twice. City are the top scorers in the Premier League with 29 goals in nine games (averaging over 3 goals per game). On the other hand, West Ham have conceded 13 league goals this season and find themselves down in 12th. I can see Man City running riot against Villa on Saturday and registering another high scoring victory.

West Ham suffered a 2-0 defeat to Everton last time out, while Sheff Utd secured an impressive 1-0 win over Arsenal. Neither side has been scoring many goals of late. The Blades boast the best defensive record in the division having conceded just seven goals in nine games this term. Their last three top-flight matches have produced a total of two goals. This is likely to be low scoring encounter. West Ham have claimed one win in their last five league games and Sheff Utd will be extremely tough to break down.

Chelsea have won four of their last five league games, a run which has propelled them to 4th in the Premier League table. Only Manchester City and Liverpool have scored more goals than Chelsea in the division, but the Blues have not been good enough at the back. Just three teams have conceded more goals than Chelsea this season, so Burnley will be confident of finding the back of the net. However, Chelsea should be too strong for the Clarets, so an away win with both teams to score makes sense here.

The pick in this article is the opinion of the writer, not a Sports Chat Place site consensus.
Previous Pick
Serie A: Best Bets – Round 9 – Odds, Predictions, and Picks
Next Pick
Liverpool vs. Tottenham - 10/27/19 English Premier League Soccer Pick, Odds, and Prediction