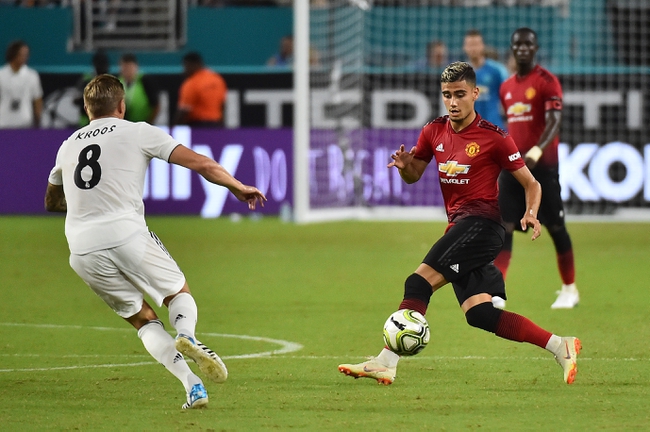 Manchester United have found some form recently, but Bournemouth are likely to ensure their meeting with the Red Devils is a low-scoring encounter. On the other hand, Manchester City look set for a big win over Southampton, while Leicester look to continue their impressive run with victory at Crystal Palace. Here are the best bets for this week’s EPL fixtures.

Bournemouth come into this match on the back of consecutive goalless draws in the Premier League. The Cherries have scored 13 goals in ten top-flight games this term, but they have also conceded 13. Manchester United have also managed 13 league goals, but the Red Devils sit two places above Bournemouth thanks to their superior goal difference. Both sides have been very inconsistent this season, so it’s difficult to predict who will come out on top in this tie. A low-scoring match is on the cards, so for that reason, under 2.5 goals makes sense.

Manchester City are the league’s top scorers while Southampton have the worst defensive record in the division. City have scored 32 goals so far (at an average of just over two goals per game), while Southampton have conceded 25. The Saints were hammered 9-0 by Leicester last time out, so they are likely to struggle again on Saturday. The two teams met in an EFL Cup tie earlier this week, with Man City claiming a comfortable 3-1 victory. Pep Guardiola is likely to field a far stronger side this weekend, so I’m backing the Sky Blues to net at least five goals.

As I just mentioned, Leicester come into this match having humiliated Southampton in the previous round. That win took Leicester's goal tally to 25 for the season, and moved the Foxes up to 3rd in the table. Crystal Palace are five points behind Leicester in 6th, but only four teams have scored fewer goals than the Eagles this season. Due to Leicester being away from home in this fixture, their odds for a win are very attractive. Crystal Palace will put up a fight, but Brendan Rodgers’ men are in red-hot form right now.