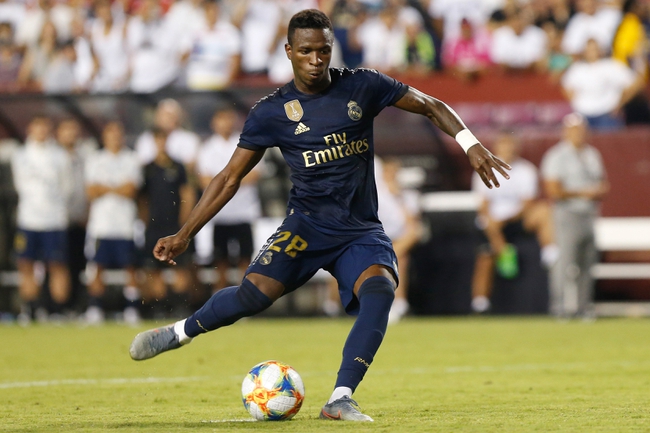 It’s 1st vs. 3rd in the Premier League on Saturday as Liverpool host Leicester, but can the Foxes put an end to the Reds’ winning streak? Winless Watford welcome Sheffield United, while we are set for plenty of goals as Bournemouth travel to Arsenal.

Liverpool are the only team in the Premier League with a 100% record after winning each of their 7 top-flight games this season. The Reds have scored 18 goals so far (at a rate of just over 2.5 goals per game) and have been playing some breathtaking soccer. Leicester have also been very impressive this term and currently find themselves 3rd in the table, just 2 points behind reigning champions Manchester City. 8 of the last 10 league meetings between these two teams have seen both sides score, so a home win and both teams to score is looking like a great bet this time around.

Watford have been dismal this season and are yet to pick up a league win. They sit rock bottom of the Premier League table after losing 5 and drawing 2 of their 7 games. The Hornets also have the worst defensive record in the division and have conceded a whopping 20 goals (at an average of nearly 3 goals per game). Sheffield United have impressed since gaining promotion from the Championship and Chris Wilder has built a hard-working team that has already beaten Everton and Crystal Palace this season while picking up draws with Bournemouth and Chelsea. Nothing fancy about this bet, an away win is offering a fantastic price.

Arsenal have been extremely unpredictable this season and have registered 3 wins, 3 draws and 1 defeat in the league. The Gunners have scored 12 goals but have also conceded 11. Bournemouth have also been involved in a lot of goals so far, scoring 13 and conceding 12. Judging by the two team’s goal-scoring abilities and poor defensive records, we are likely to see plenty of goals on Sunday. For that reason, both teams to score and over 3.5 goals makes sense.