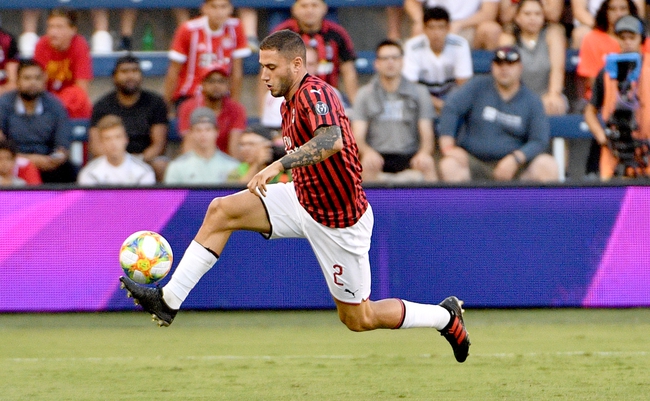 The San Siro will be blessed with football this weekend as Inter Milan hosts AC Milan in the Milan derby.

AC Milan have had a good start to 2020 as the team remains unbeaten this calendar year. In their previous outing, AC Milan faced Hellas Verona at home in a fixture which ended as a 1-1 draw. It was a good performance by AC Milan as they had over 20 shots and over 60% of the possession. Unfortunately, AC Milan failed to win the previous outing but the team seems to be confident and they will be hoping to get a strong result from this fixture. Zlatan Ibrahimovic is expected to return to the AC Milan team for this fixture and that is expected to give the team a huge boost.

On the other side of the coin, Inter Milan are still in pursuit of Juventus and the Serie A title. As it currently stands, Inter Milan are 2nd on the Serie A ladder with Juventus 3 points ahead. In their previous outing, Inter Milan defeated Udinese 2-0 away from home. It was a very strong display by Inter Milan as they controlled 58% of the possession and had 8 shots on target. Romelu Lukaku looked in outstanding form as he scored both goals for the team. This is a big game for Inter Milan since they can’t afford to drop points as the title race is coming to an end.

Inter Milan and AC Milan played each other earlier in the season. The match was hosted by AC Milan with Inter Milan winning 2-0.

This should be a much closer Milan derby since AC Milan have significantly improved over the past month. That being said, I still see Inter Milan winning. Inter Milan have been playing on a different level when compared to AC Milan and I see there being a big gap between the two teams. Inter Milan also have the advantage of playing at home which should result in the team getting all 3 points from this fixture.