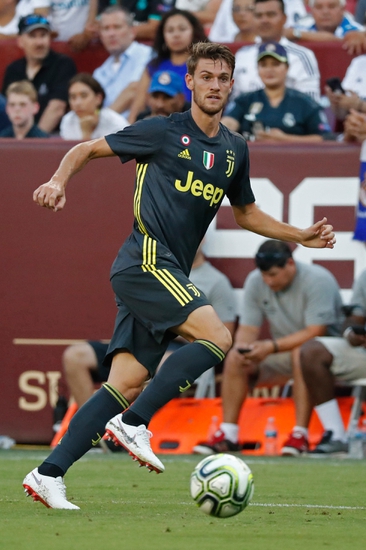 In the final of the Italian Supercoppa, Juventus will play against Lazio at the King Saud University Stadium in Saudi Arabia.

Juventus played midweek against Sampdoria. The match was played away from home for Juventus but the team did enough to win the fixture 2-1. It was a dominant display by Juventus as the team controlled over 70% of the ball and had 11 shots. Paulo Dybala and Cristiano Ronaldo were the two goal scorers for Juventus. There was a slight drop in form for Juventus but the team has managed to return to winning ways by winning their last 3 fixtures.

On the other side of the coin, Lazio enter this match having beaten Cagliari 2-1 away from home in their previous fixture. It was an epic victory for Lazio as the team scored twice in injury time to secure an unlikely victory. Lazio created chances throughout the match as they had 16 shots but the goals game very late in the match. Luis Alberto and Felipe Caicedo were the two players that scored for Lazio. It has been an outstanding season for Lazio with the team looking well organized. Winning this trophy will be an ideal way for the team to finish 2019.

Juventus and Lazio played each other a few weeks back. The match was played in Rome with Lazio winning 3-1. Lazio looked the stronger side with Juventus playing a large portion of the match with 10 men.

Looking at recent matches, Lazio seem like a good option to win this match. Lazio have been playing well and they have the confidence having recently defeated Juventus. That being said, I am going to pick Juventus to win this match. Juventus are packed the superstar players and they seem to play their best football in big games. Juventus have a habit of winning finals and I see them doing enough to win this match and the title.

The pick in this article is the opinion of the writer, not a Sports Chat Place site consensus.
Previous Pick
Tottenham Hotspur vs. Chelsea FC - 12/22/19 Premier League Soccer Pick, Odds & Prediction
Next Pick
EPL: Best Bets – Round 19 – Odds, Predictions, and Picks