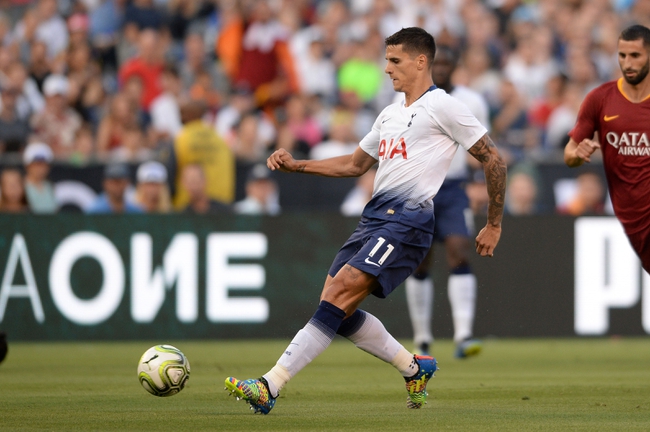 In the English Premier League, Tottenham are set to travel to the King Power Stadium where they will play against Leicester City.

Tottenham only managed a 2-2 draw in the Champions League as they shared the points away from home against Olympiacos. It was a disappointing result for the Spurs as they were leading the match 2-0 and ended up throwing away the advantage. Harry Kane and Lucas Moura were the two players who scored for Tottenham. The draw in the Champions League is very symbolic for Tottenham’s season as the team is not looking very impressive as they are lacking defensive stability. As it currently stands, Tottenham have 8 points from their 5 games and while they are 3rd on the ladder, the team must improve if they wish to challenge for a spot in the top 4.

On the other side of the coin, Leicester City have played well this season as they also have 8 points from their 5 games. In their last outing, the Foxes played well but were narrowly defeated by Manchester United at Old Trafford. Leicester City conceded a penalty in the 8th minute which provided the only goal of the game. Despite the result, Leicester City will feel that they played well as they controlled close to 60% of the possession and looked the stronger side. The loss to the Red Devils was the first loss of the season for the Foxes. Jamie Vardy has been very impressive for Leicester City as he has scored 3 goals in his last 3 Premier League games. Considering their strong start to the season, Leicester City will be confident as they enter this match.

Leicester City and Tottenham last played each other in February in a match that Spurs won 3-1.

This is expected to be a close match since Leicester City and Tottenham look very closely matched this season. With that in mind, I am going to pick Leicester City to win this match. The Foxes look in better touch and I see the advantage of playing at home being enough for them to secure all 3 points.

The pick in this article is the opinion of the writer, not a Sports Chat Place site consensus.
Previous Pick
EPL: Best Bets – Round 6 – Odds, Predictions, and Picks
Next Pick
Bayern Munich vs. FC Koln 9/21/19 Bundesliga Soccer Pick, Odds and Prediction