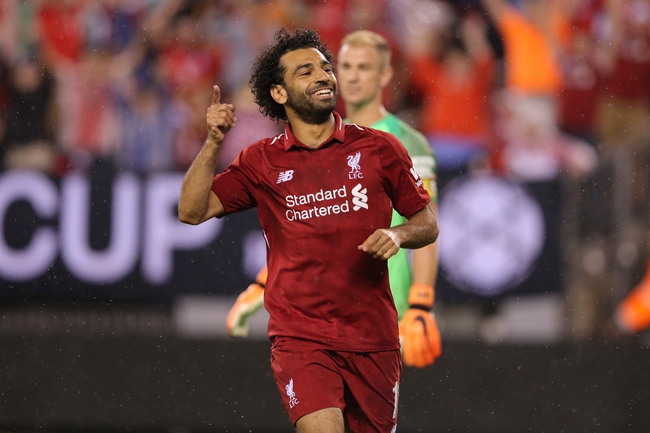 In the English Premier League, Liverpool will host Manchester United at Anfield.

Liverpool have been in supreme form this season and have almost secured the Premier League title. As it currently stands, Liverpool are 14 points clear at the top of the ladder and have an additional game to play. In their previous match, Liverpool defeated Tottenham 1-0 away from home. It was an outstanding performance by the Reds as they controlled 67% of the possession and had 13 shots. Roberto Firmino played exceptionally well as the Brazillian striker scored the winning goal for Liverpool. Liverpool are looking in outstanding form and it is hard to see where they will drop points.

On the other side of the coin, Manchester United have had an inconsistent season and the team seems to be battling for a spot in the top 4. Manchester United are currently 5th on the ladder with 34 points from their 22 games. In their previous Premier League outing, Manchester United won 4-0 at home against Norwich City. It was a simple victory for the Red Devils as they had most of the possession and had 6 shots on target. Marcus Rashford was the star performer as he scored twice. Anthony Martial and Mason Greenwood also contributed with goals. Despite that win, this is expected to be an extremely challenging match for Manchester United since Anfield has been a very tough place to visit.

Manchester United and Liverpool played each other earlier in the season. The match was played at Old Trafford and it ended as a draw.

Looking at this fixture, I am going to pick Liverpool to win. Manchester United and Liverpool are massive rivals so there is a lot of passion for this match. Despite that, there is a big gap in skill between the two teams with Liverpool being the stronger team. With the advantage of playing at home, I see Liverpool taking all 3 points from this fixture.

The pick in this article is the opinion of the writer, not a Sports Chat Place site consensus.
Previous Pick
Arsenal vs. Newcastle: 1/18/21 Premier League Soccer Pick, Odds, and Predictions
Next Pick
EPL: Best Bets – Round 24 – Odds, Predictions, and Picks