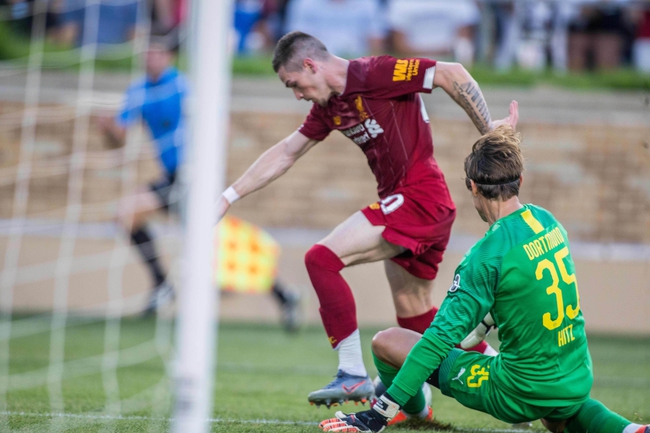 Chelsea will play against Liverpool in the UEFA Super Cup final. The match is set to take place at the Vodafone Arena in Istanbul, Turkey.

Chelsea were very poor in the previous match as they lost 4-0 to Manchester United. It was a humiliating defeat and the pressure will be building on the manager, Frank Lampard. The penetration from Chelsea was non-existent against Manchester United as they managed to maintain 54% of the possession but didn’t score. The forwards were clumsy while the defense lacked organization. The likes of Zouma and Christensen were poor and they allowed Manchester United too much time on the ball. This is going to be an extremely tough match for Chelsea considering their current form.

On the other side of the coin, Liverpool were outstanding in their previous match as they defeated Norwich City 4-1. It was a dominant display by Liverpool as they controlled 58% of the possession and had 7 shots on target. Origi and Salah both scored for Liverpool meaning that the forwards are in good form. The midfield also looked in outstanding form for Liverpool as they orchestrated 477 passes at an accuracy of over 80%. Van Dijk and Gomez were very stable in the Liverpool defense. Liverpool have all their bases covered and they will be very confident as they enter this match.

Liverpool and Chelsea last played each other in April. It was a match in the Premier League which Liverpool won 2-0. The match was played at Anfield. Chelsea last defeated Liverpool in 2018 in the League Cup.

Chelsea have had a very poor few weeks and things are looking bad for the club. Chelsea were not allowed to strengthen their squad over the summer and it seems like the team has fallen significantly behind the other top teams in England. As far as this match is concerned, I am going to pick Liverpool to win. Liverpool look a much stronger side and I see them winning with some ease.

The pick in this article is the opinion of the writer, not a Sports Chat Place site consensus.
Previous Pick
English Premier League Soccer Picks, Odds, and Predictions 8/10/19-8/11/19 Free EPL Picks
Next Pick
Bundesliga 2019/20: Round 1 Best Bets – Bayern to Hammer Hertha – Odds and Picks