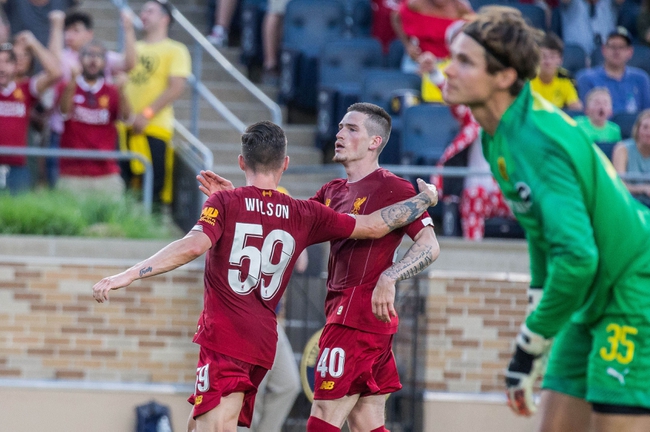 In the 2019/2020 UEFA Champions League, Liverpool are set to host Napoli at Anfield.

Liverpool enter this match having defeated Crystal Palace 2-1 away from home. It was not the best performance by Liverpool as the team needed a late goal to secure the 3 points. Liverpool controlled 60% of the possession and but only managed 4 shots on target which made it tough for the team to score. Roberto Firmino and Sadio Mane both scored Liverpool during the victory. It has been an outstanding season for Liverpool as they are top of the Premier League ladder and are looking likely to qualify for the second round. This could be a tough match but Liverpool will be confident in their ability to win.

On the other side of the coin, Napoli enter this match after only managing a 1-1 draw away from home against AC Milan. It has been a tough few weeks for Napoli as the team has not won since the end of October. As it currently stands, Napoli are only 1 point behind Liverpool in the table but the team is yet to secure qualification. Getting a result from this match will be vital for Napoli but it is expected to be very tough since they are playing against an elite side in Liverpool.

Liverpool and Napoli played each other earlier in the group stage. The match was played in Naples with Napoli winning 2-0. It was a close match with Napoli scoring 2 late goals to secure the win.

Looking at this fixture, I am going to pick Liverpool to win. Napoli are playing poor football and I don’t see the team having enough quality to compete away from home at Anfield. Liverpool have been outstanding throughout the season and I see them being good enough to win this match and secure another 3 points.