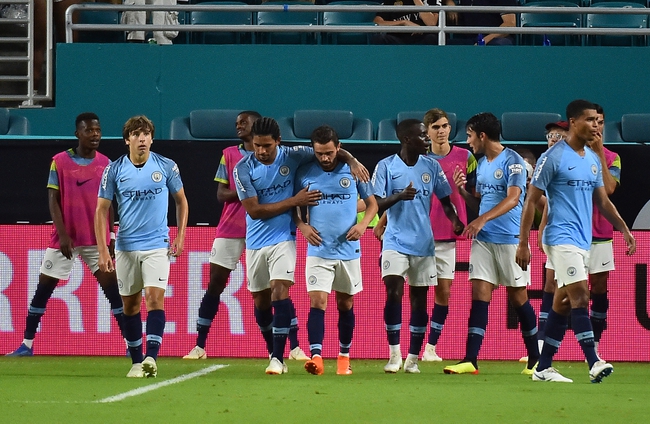 In the English Premier League, Manchester City are set to host Chelsea at the Etihad Stadium in Manchester.

Manchester City were beaten in their previous outing as they lost 3-1 away from home against Liverpool. While the result was extremely disappointing, Manchester City will be pleased with the performance as the team played extremely well. Manchester City controlled 55% of the possession and had 18 shots but failed to convert enough chances to get a good result. As it currently stands, Manchester City have fallen 9 points behind Liverpool and are currently in 4th position. That being said, the Sky Blues will be confident in their ability to bounce back strongly.

Looking at their opponents, Chelsea have played extremely well this season. Chelsea have been playing extremely well with young players like Tammy Abraham and Mason Mount leading the side. Chelsea won their previous outing as they defeated Crystal Palace 2-0 at home. It has a dominant performance by Chelsea as they controlled 61% of the possession and had 23 shots. Tammy Abraham and Christian Pulisic both played extremely well as both players scored for Chelsea. This is expected to be a much tougher match for Chelsea as they are playing away from home against one of the strongest sides in Europe.

Chelsea and Manchester City in February in the EFL Cup. It was a 0-0 draw. Manchester City defeated Chelsea 6-0 at home in the last Premier League fixture between these teams.

Taking everything into consideration, I am going to pick Manchester City to win this match. Chelsea have played well this season but I don’t see them having enough quality to compete away from home at the Etihad Stadium. Manchester City are an outing team and I see them bouncing back strongly by winning this match with some comfort.

The pick in this article is the opinion of the writer, not a Sports Chat Place site consensus.
Previous Pick
AC Milan vs. Napoli - 11/23/19 Serie A Soccer Pick, Odds, and Prediction
Next Pick
UEFA Champions League – Matchday 5: Best Bets – Odds, Predictions, and Picks