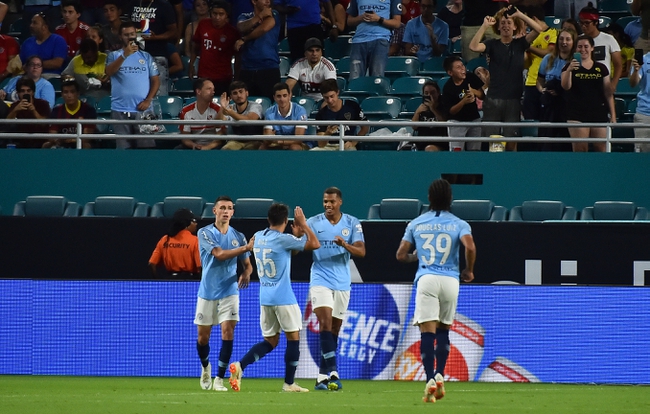 In the English Premier League, Manchester City are set to host Southampton at home at the Etihad Stadium.
Southampton were humiliated in their last Premier League match which they lost 9-0 to Leicester City. The defense was non-existent and the team failed to create any scoring chances. To make matters worse for Southampton, the loss was at home and it created a poor atmosphere for the fans. During the loss, Southampton only managed 27% of the possession and allowed Leicester to have 25 shots. As it currently stands, Southampton 18th of the ladder and in the relegation zone. This is expected to be a tough match for Southampton since the Etihad Stadium is a very tough place to visit.

Looking at Manchester City, the Sky Blues won their previous Premier League outing with some ease as they defeated Aston Villa 3-0. Fernandinho received a red card but that was the only negative for the team. Raheem Sterling continued his good form by scoring the opening goal of the game. As it currently stands, Manchester City still trail Liverpool so the team will be determined to ensure they get every possible point.

Looking at all the information, I am going to pick Manchester City to win this match. Manchester City have been playing much better football and are a significantly stronger side. The Sky Blues just defeated the Saints and I see a repeat result in this fixture. The over 3.5 goals seems like a good wager as Manchester City are likely to score close to 4 goals themselves.