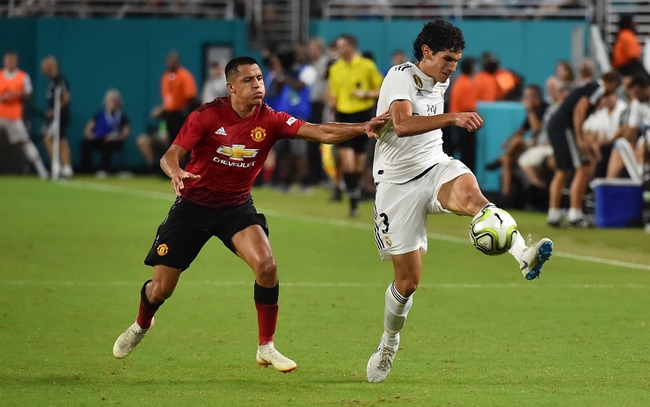 Fierce rivals Manchester United and Manchester City meet in the EFL Cup semi-finals this season with the first leg being played at Old Trafford on Tuesday. Let’s start by looking at the main betting markets for this matchup.

Despite Man Utd’s home advantage, City are the bookies’ clear favorites to win the first leg. These odds are probably a fair reflection of the current gulf between the two teams, but it's important to remember that United beat City at the Etihad last month.

City lead United by 13 points in the Premier League table, so I’m not surprised to see odds of 1.66 for a City win. However, form often goes out the window in this fixture, so that’s something to bear in mind when betting on this game.

Ole Gunnar Solskjaer’s side survived an early scare to eventually overcome League One outfit Rochdale on penalties in the third round. United then beat fellow EPL club Chelsea in the Round of 16, before brushing aside League Two team Colchester United in the quarter-finals.

However, Man Utd’s league form has been very inconsistent this season. United currently sit fifth in the EPL table, five points behind fourth-place Chelsea. After beating Tottenham and City at the beginning of December, the Red Devils drew with Everton and lost to Watford.

On the other hand, City saw off Championship club Preston North End in the third round, before breezing past Southampton to set up a quarter-final tie with third-tier side Oxford United. Pep Guardiola’s men beat Oxford comfortably to progress into the last four.

City come into this game on the back of a solid 4-1 victory over Port Vale in the FA Cup. The Cityzens have been nowhere near their best this season, but they have still won four of their last five league games.

Taking everything into consideration, I can see the first leg ending in a draw. Neither side will want to head into the second leg completely out of the tie, so I think both managers will be happy to avoid defeat on Tuesday.