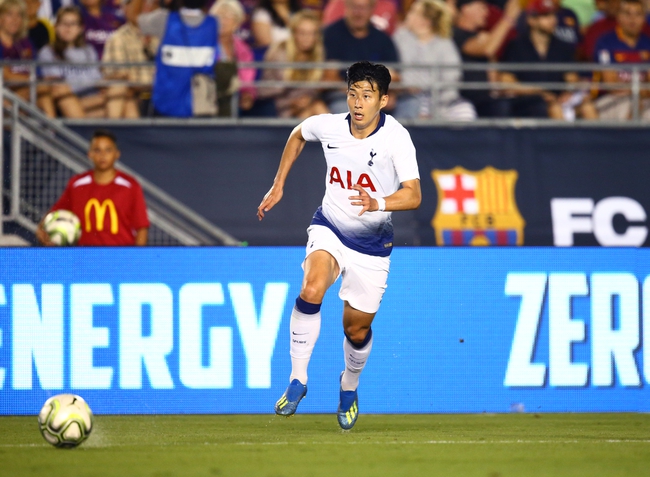 Tottenham will travel to Greece where they will play Olympiacos in a group stage match in the 2019 UEFA Champions League.

Tottenham had a big win over the weekend as they defeated Crystal Palace 4-1 at home. It was a dominant display by the Spurs as they were firing on all levels. During the victory, Tottenham controlled 65% of the possession and had 13 shots. All 4 goals were scored in the opening 45 minutes meaning that it was a very comfortable win for the team. Son Heung-min was the star performer for Tottenham as he scored 2 goals. Erik Lamela also contributed with a goal. Tottenham made the final of the Champions League last season and the club will enter this tournament with high hopes.

On the other side of the coin, Olympiacos will also be confident as they enter this match as they are top of their domestic competition and still maintain a perfect record having won all 3 of their games. In their last match, Olympiacos defeated Valos 5-0. It was an easy win for Olympiacos as they controlled the game with constant goals. 5 separate players scored for Olympiacos which shows that most of the team are in good form. Despite their domestic record, this is expected to be a very tough match as they are playing an exceptional team in Tottenham.

There have been no recent head-to-head matches between Tottenham and Olympiacos.

This is expected to be an exciting contest as both Tottenham and Olympiacos are in outstanding form. On paper, Tottenham are the stronger side but traveling to the Karaiskakis Stadium is never an easy task. With all that taken into consideration, I am going to predict this game ending as a draw. Olympiacos will have the crowd on their side and that should be enough for them to secure a point.