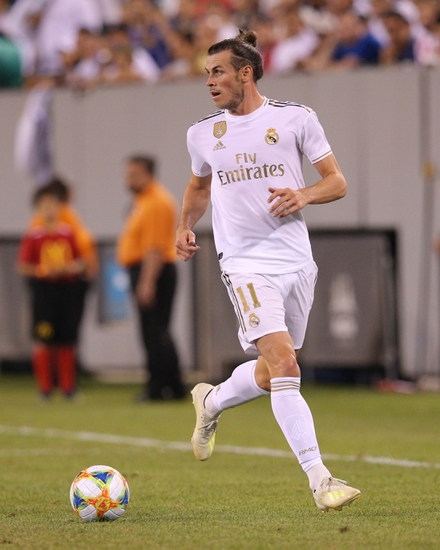 Fierce rivals Atletico Madrid and Real Madrid have set up another derby matchup after winning their respective semi-finals to reach the final of the 2020 Spanish Super Cup. The two teams from the Spanish capital will go head-to-head in unfamiliar territory as the game will be played at the King Abdullah Sports City in Jeddah, Saudi Arabia, on Sunday.

Real Madrid beat Valencia 3-1 in their semi-final. Zinedine Zidane’s side completely dominated Valencia before Dani Parejo scored a late consolation goal. Earlier in the game, Toni Kroos, Isco, and Luka Modric gave Los Blancos a three-goal lead. Real Madrid come into this final as favorites, but their rivals will have other ideas.

In the other semi-final, Atletico came from behind to beat Barcelona in a thrilling tie. After a goalless first half, Koke gave Diego Simeone’s side the lead just after the break. Lionel Messi and Antoine Griezmann then put Barcelona ahead. But goals from Alvaro Morata and Angel Correa in the final 10 minutes swung the game in Atletico’s favor once again.

Still, Atletico are currently five points behind Real in La Liga. Los Blancos sit joint top with Barcelona, while Atletico are third. But after losing just three of their 38 league games combined – Real have lost once and Atletico twice – the Spanish Super Cup final I set to be a thriller. Both sides have conceded just 12 goals in 19 league games this season, but Real have scored 14 more goals than Simeone’s men.

When these two teams meet, goals are almost guaranteed. Considering Atletico thrashed Real 7-3 in a pre-season friendly last year and their UEFA Super Cup meeting in 2018 ended 4-2, both teams to score seems like the best bet here. It’s tough to pick a winner because these games can often be unpredictable. However, both teams are likely to score.