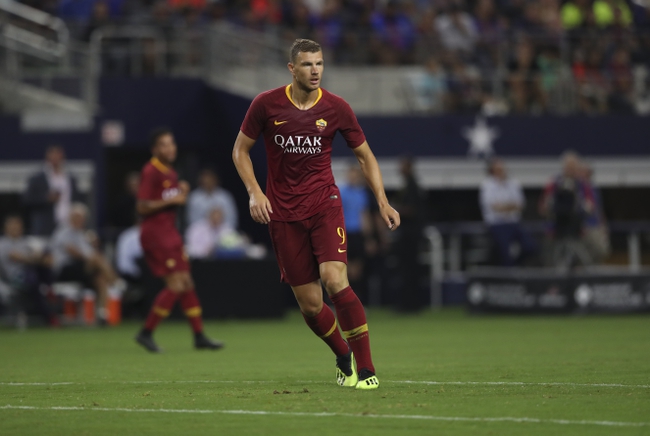 Juventus at AS Roma

Juventus will travel to Rome where they will play against Roma at the Stadio Olimpico.

Juventus had a strong start to 2020 as they defeated Cagliari 4-0 at home. It was a dominant performance by Juventus as they controlled 65% of the possession and had 20 shots. Cristiano Ronaldo was the star player for Juventus with the winger scoring 3 times. Gonzalo Higuain also scored for Juventus. As it currently stands, Juventus have 45 points from their 18 games and are 2nd on the Serie A ladder. With Inter Milan playing well, Juventus must continue winning if they wish to defend their title.

Looking at the home side, Roma have also been outstanding this season and are currently in 4th spot with 35 points from their 18 games. That being said, Roma lost their previous game as they were beaten 2-0 at home by Torino. It was a poor match for Roma has they had 59% of the possession and 31 shots but failed to hit the back of the net. Roma had 7 shots on target but failed to beat the Torino goalkeeper. This is expected to be a tough match for Roma but they have shown this season that they have the ability to compete with any team in the competition.

Roma and Juventus played each other in May. The match was played at the Stadio Olimpico where Roma won 2-0. Alessandro Florenzi and Edin Dzeko were the two players that scored for Roma during the victory.

Looking at all the information, I am going to predict that this match ends as a draw. Roma have been in good form this season but I don’t see them having enough to win against Juventus. Juventus have been decent but they have failed to play their best football this season. With Roma being the home team, I see Juventus only having enough to get a point from this match.

The pick in this article is the opinion of the writer, not a Sports Chat Place site consensus.
Previous Pick
English FA Cup 3rd Round Replays: Best Bets – Odds, Predictions, and Picks
Next Pick
Burnley vs. Manchester United: 1/12/21 Premier League Soccer Picks, Odds, and Predictions