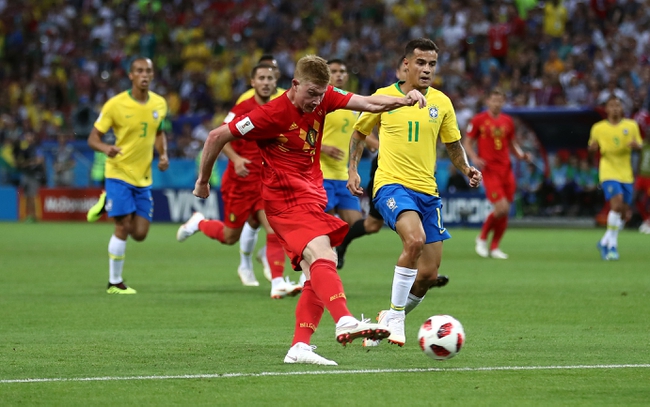 The Euro 2020 qualifiers are set to see Russia host Belgium at the Krestovsky Stadium in St Petersburg.

Belgium are top of the group and have been dominant throughout the qualification campaign. As it currently stands, Belgium still have a perfect record having won all 8 of their fixtures. Belgium won their previous fixture 2-0 away from home against Kazakhstan. It was a solid win for Belgium as they controlled 67% of the possession and led from the 21st minute of the game. Belgium have been a dominant force for the past few years and will be hoping to capitalize on this group of players by winning Euro 2020.

On the other side of the coin, Russia are also well placed to qualify for Euro 2020 as they currently have a record of 7-0-1 from their 8 games. In their previous outing, Russia defeated Cyprus 5-0 away from home. Russia dominated the entire fixture as they had 70% of the ball and 12 shots on target. Denis Cheryshev was outstanding for Russia as he scored 2 goals for the team. Russia have been incredibly impressive since their outstanding 2018 World Cup campaign. This is expected to be a tough match but Russia should be able to play with freedom having qualified for the main tournament.

Russia and Belgium played each other earlier in the qualification process. It was a comfortable win for Belgium as they won 3-1. Belgium controlled over 60% of the ball. Eden Hazard had a very strong game as he scored twice for Belgium.

As far as this fixture is concerned, I see Belgium winning this match. Belgium have been very impressive over the past few years and they seem to be playing at a much higher level when compared to Russia. I am expecting Russia to fight hard but I don’t see them having enough to cause Belgium any problems.