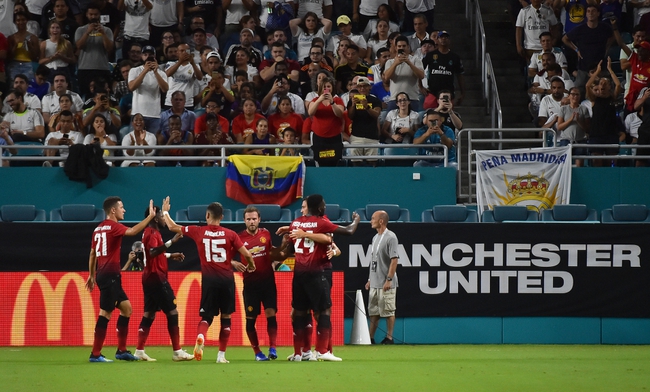 In the English Premier League, Manchester United will travel to London where they will play against West Ham United at London Stadium.

Manchester United won midweek in the Europa League as they won 1-0 at home. While the Red Devils only managed a single goal, the team dominated the match as they had 75% of the possession and 20 shots. Mason Greenwood was very impressive as he scored the winning goal for Manchester United. Manchester United have now won their last 2 games after defeating Leicester City last weekend. Things are still not great at Manchester United but winning two successive games should give the team confidence moving forward.

On the other side of the coin, West Ham United failed to win their last game as they only managed a 0-0 draw against Aston Villa away from home. The Hammers controlled 54% of the possession and had 13 shots but failed to score which resulted in the game ending scoreless. Arthur Masuaku received a red card during the last game meaning the left-back will not play this match. It has been a solid start to the season for West Ham as they have 8 points from their 5 games. The Hammers have only lost 1 game this season which was against Manchester City. Things are looking good for West Ham but they will realize that this may be a challenging game since Manchester United are a very strong club.

Taking everything into consideration, I am going to predict that this match ends as a draw. The Red Devils have the stronger squad but West Ham look to be in better form and they have the advantage of playing at home. I don’t see West Ham being good enough to win this match but they should be good enough to get a point.