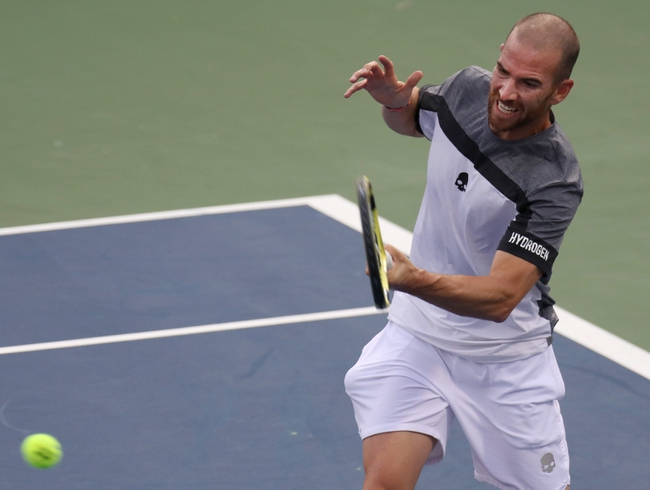 Soonwoo Kwon looks too maintain his amazing form as he comes to Delray Beach and meets Adrian Mannarino in the first-round of the 2020 Delray Beach Open.

Soonwoo Kwon has had a better start to 2020 than he expected. Kwon has beaten some notoriously good players, including Milos Raonic, allowing himself to gain some momentum and confidence coming into Delray Beach. Kwon is an exciting player as he brings a flamboyant style of play to the court and doesn't have anything to lose. If Kwon continues to maintain his consistency and form, he can become one of the main challengers in these small tournaments throughout 2020. Kwon needs to first understand what it is like to play week in and week out and trying to maintain consistency.

Adrian Mannarino hasn't had the best start to 2020 as he has not been able to find the consistency he is used to playing with. Mannarino is a great player, especially on hard-courts. Mannarino's left serve and forehand are able to confuse opponents and make him win difficult points around the court. Mannarino is able to beat the best players in the world, or at least challenge them at a high level. The Frenchman just needs to find his consistency and the results will follow suit. Mannarino is towards the latter end of his career, but it seems like his experience is allowing him to compete at a higher level.

This will be the first meeting between the two and it can become a tight one. Mannarino of course has more experience, and if this was a few months ago, I would have predicted he would have won in straight sets. However, the tennis that Kwon has shown as of recent is of such a high level that I believe that Kwon might be able to snatch this match and book his spot in the second-round. It could go either way, but Kwon should steal this encounter.