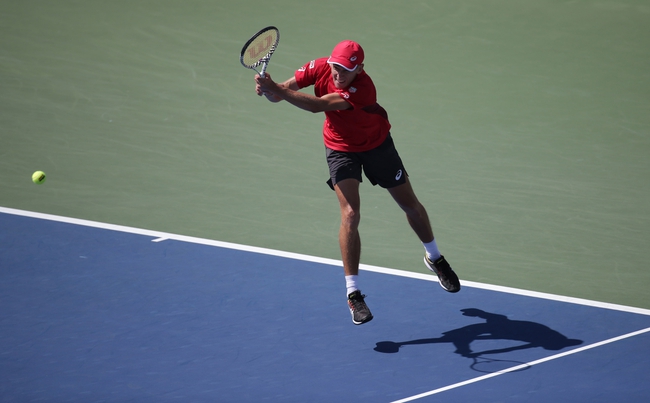 In the final of the 2019 ATP Next Gen Finals in Italy, Alex de Minaur is set to play against Jannik Sinner.

Jannik Sinner has had an outstanding tournament and he enters this match having won his previous outing in 4 sets. It was a poor start to the match for Sinner as he lost the opening set 4-2 but the Italian fought back strongly to win the final 3 sets with some ease. During the win, Jannik Sinner served exceptionally well as he won over 70% of his service games which allowed him to win 92% of his service games. This is expected to be a tough match for Jannik Sinner as he is playing against the top seed.

Looking at Alex de Minaur, the Australian has been dominant throughout this tournament and he enters this match having defeated Frances Tiafoe in 4 sets. The receiving was especially strong from Alex de Minaur as he won close to 40% of his return points which allowed him to break his opponent’s serve on 4 occasions. Alex de Minaur was very efficient at winning big points as he won all 4 of his break point opportunities. It has been an outstanding season for Alex de Minaur and the Australian will be hoping to win this title.

This will be the first time that Alex de Minaur and Jannik Sinner will be playing each other at an ATP event.

Jannik Sinner is playing on home soil and he will be hoping to win it for the crowd. That being said, I see Alex de Minaur winning this match. Alex de Minaur has been playing at a different level in comparison to the field and he has looked dominant throughout this event. I see there being a big skill difference and that should result in an easy win for Alex de Minaur.