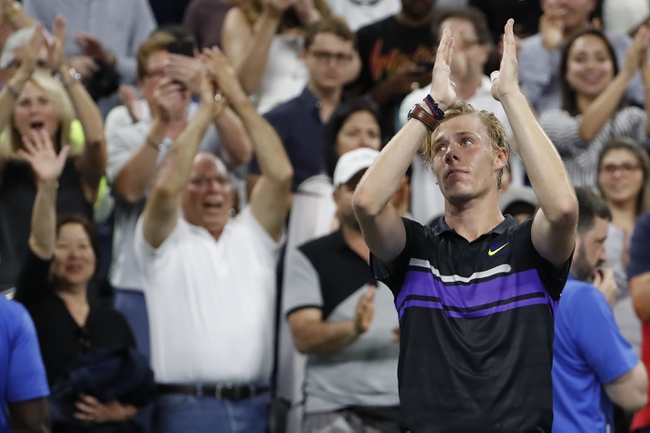 Alexander Bublik meets Denis Shapovalov in the quarterfinals of the 2020 Marseille Open. Who will make it to the semifinals in the south of France?

Alexander Bublik showed incredible composure in his second-round victory over Benoit Paire, coming from a set down to win it 6-4 in the third. Bublik is one of the more talented players on tour, he is able to hit the ball anywhere he wants. However, this talent has been overshadowed with a lack of consistency and bad temperament when losing or playing badly in matches. Bublik needs to improve those aspects of his game if he wants to be able to compete in big tournaments, but he seems to have found some composure here in Marseille. Will Bublik continue his amazing run and book himself a spot in the semifinals?

Denis Shapovalov has finally got a boost in his confidence. Shapovalov beat Marin Cilic in 3 sets, in a superb encounter. Shapovalov started out well and won the first set. In the second set, the Canadian's form dipped, but he was able to pick himself right up and absolutely dominate the third set. Shapovalov saved 6 out of 7 break points and that is because of his incredible serving ability. Will Shapovalov be able to use this momentum to book himself a spot in the semifinals?

This will be the first meeting between both players, and it is going to be a very interesting encounter. Both players can win this, and it could come down to the very end. However, I believe that Shapovalov's game is more dominating than Bublik's at the moment. Look for Shapovalov to use this momentum to make it to the semifinals.