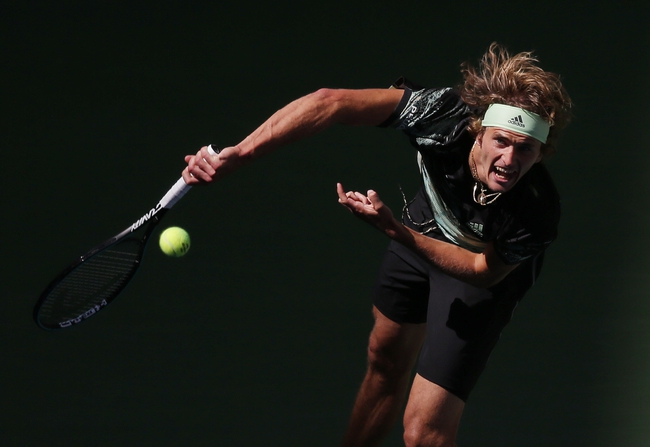 German tennis player, Alexander Zverev has made it into the third round of the 2019 ATP US Open. At this stage of the tournament, Zverev is set to play against Aljaz Bedene from Slovenia.

Aljaz Bedene won his previous match in 5 sets as he defeated Benoit Paire from France. It was a determined performance by Bedene as he lost the opening 2 sets but fought back strongly to win the final 3 sets and the match. Winning a match from 2 sets down is an extraordinary feat and it should give Aljaz Bedene confidence as he enters this match. During the win, Aljaz Bedene impressed with his serving as he hit 15 aces which aided him in winning 63% of his service points. Aljaz Bedene won 85% of his service games and 6 return games to secure a memorable victory. This is expected to be a much tougher match for Bedene as he is playing against the number 6 seed.

Alexander Zverev and Aljaz Bedene have played each other 3 times in the past with Zverev winning on all 3 occasions. The most recent match between these two players was earlier in the season at the Australian Open where Alexander Zverev won in straight sets.

Looking at all the information, I see Alexander Zverev winning this match. Zverev has been playing well and he seems to have an edge over Aljaz Bedene having beaten him 3 times. Zverev was very impressive in his previous match and I see him being good enough to win this match and secure a spot in the final 16.