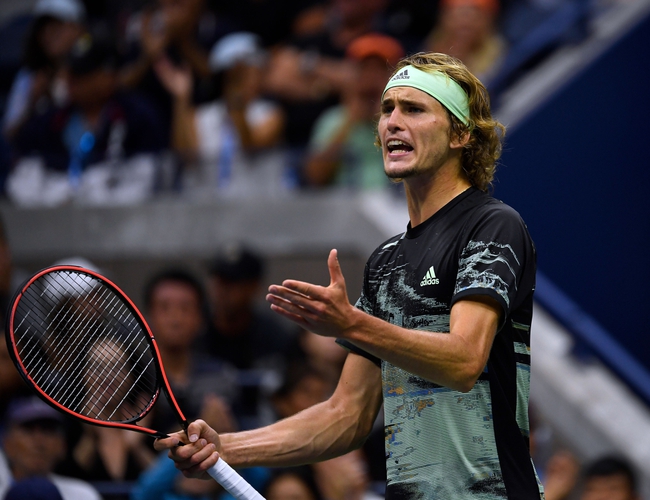 German tennis superstar Alexander Zverev has made it into the semifinals of the 2020 Australian Open. At this stage of the tournament, Alexander Zverev will play against Dominic Thiem from Austria.

Alexander Zverev was outstanding in the previous round as he defeated Stan Wawrinka in 4 sets. Zverev had a poor start to the match as he lost the opening set 6-1 but the German superstar fought back extremely well to win the final 3 sets and the match. During the win, Zverev impressed with his serving as he didn’t allow Wawrinka any chances to gain an advantage. Alexander Zverev’s impressive serving was best displayed during the second set during which he won 100% of his service points. Zverev has looked very impressive during this tournament and he will be hoping he can win the title.

On the other side of the coin, Dominic Thiem defeated Rafael Nadal in 4 sets in the previous round. It was an extremely close match with Thiem winning 3 tiebreakers to win the contest. It has been a strong tournament for Thiem as he has looked well-balanced and has defeated some elite players like Gael Monfils. This is expected to be another challenging match for Thiem but the Austrian will be confident having just defeated the top seed.

Dominic Thiem and Alexander Zverev have played each other 8 times in the past. Thiem has won on 6 occasions while Zverev has won twice. The most recent match between these two players was in 2019 at the ATP Finals where Thiem won in straight sets.

Dominic Thiem is an outstanding player and it is hard to bet against him, I see him losing. The manner in which Alexander Zverev played against Stan Wawrinka showed that the German superstar is playing with huge amounts of confidence and that is vital in these big matches. Defeating Dominic Thiem is always an extraordinary task but I see Alexander Zverev having enough momentum to win.