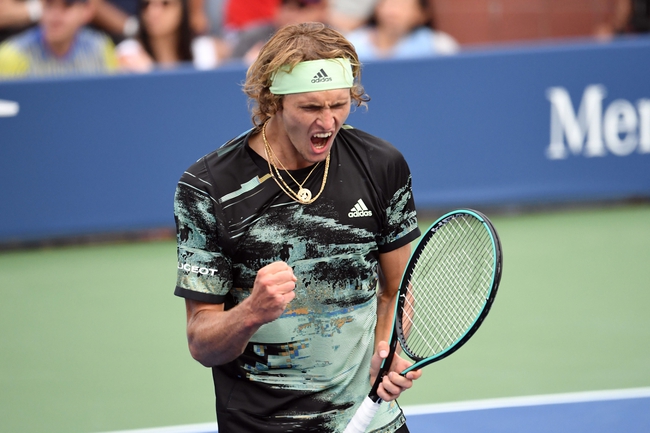 German tennis superstar, Alexander Zverev has made it through to the second round of the 2019 ATP US Open. At this stage of the tournament, Zverev will play against Frances Tiafoe from the United States.

Alexander Zverev lacked focus in the opening match as he dominated the opening 2 sets but managed to make it a 5-set match. Zverev had only dropped 4 games in the first 2 sets but lost the momentum as his opponent won the next 2 sets. The serving was the biggest concern for Alexander Zverev as he lost 5 service games. Fortunately for Alexander Zverev, his receiving was outstanding. Zverev won 48% of his receiving points which allowed him to break his opponent’s serve on 9 occasions. Sasha Zverev is an exceptional player but he is yet to make a big impact at a Grand Slam.

On the other side of the coin, Frances Tiafoe had a simple opening round match as he won the opening 2 sets before his opponent retired during the third set. The serving was very impressive from Frances Tiafoe as he won 78% of his service points which allowed him to win all of his service games. Tiafoe also received serve well as he broke his opponent’s serve on 3 occasions. Playing on home soil, Tiafoe has received outstanding support. This is expected to be a tough match for Frances Tiafoe as he is playing against the number 6 seed.

Alexander Zverev and Frances Tiafoe have played each other on 4 occasions. Zverev has won on 3 occasions while Tiafoe has won once. The most recent match between these two players was in 2018 at the Paris Masters where Alexander Zverev won in straight sets.

Both Frances Tiafoe and Alexander Zverev are very talented and this is expected to be a very exciting match. That being said, I am going to pick Alexander Zverev to win this match. Zverev is a significantly stronger player and he seems to have an edge over Tiafoe. I expected Tiafoe to cause some problems but Zverev should be the eventual victor.