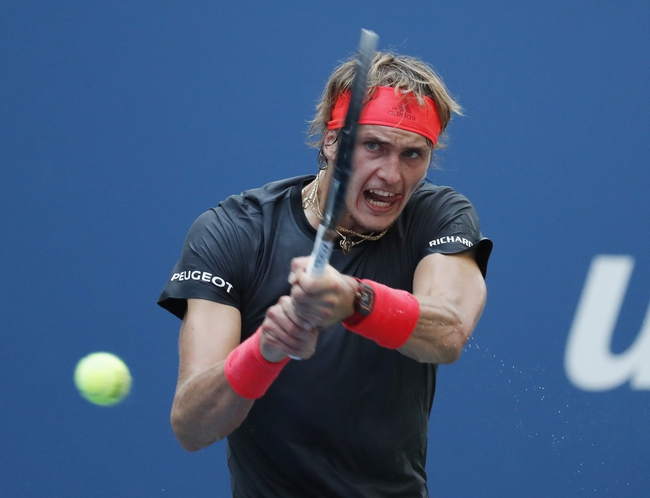 Alexander Zverev has made it into the semifinals of the 2019 ATP Shanghai Masters in China. At this stage, Zverev will compete against Matteo Berrettini for a spot in the final.

Alexander Zverev was outstanding in the previous round as he outclassed Roger Federer. It was an impressive display by Zverev as he controlled the majority of the match against one of the greats. The serving and receiving were both impressive from Zverev as he managed to win some outrageous points against Federer. Zverev had a first-serve percentage of nearly 80% which allowed him to control his service games. It has been a strong few weeks for Alexander Zverev as he made the semifinals of the China Open prior to arriving in Shanghai. Zverev looks confident following his win over Federer and that will make the German a very tough player to beat.

Alexander Zverev and Matteo Berrettini have played each other twice in the past with both players winning on 1 occasion.

This is a big match for both Alexander Zverev and Matteo Berrettini as both players are competing for the remaining 2 spots at the ATP Final. Winning this match will be massive for both players so I am expecting a big performance from both Berrettini and Zverev. That being said, I see Alexander Zverev winning this match. Zverev is the stronger player and he seems to be producing his best tennis at this stage of the season. I see this being a close match with Zverev taking the win.