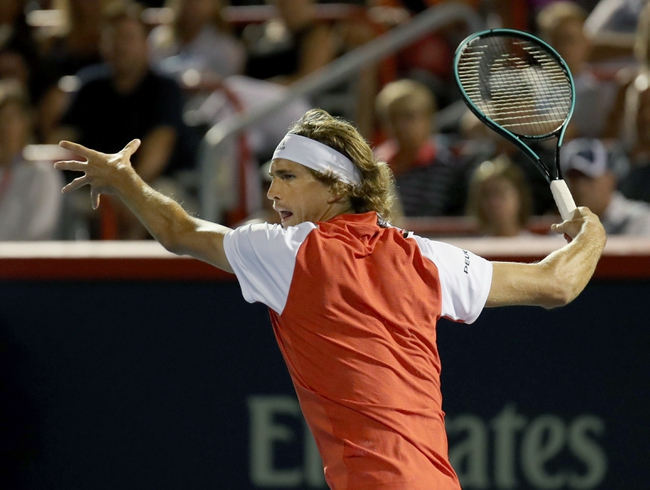 Alexander Zverev will play against Nikoloz Basilashvili in the third round of the 2019 ATP Rogers Cup in Montreal.

Looking at Alexander Zverev, the German superstar was very impressive in the previous round as he defeated Cameron Norrie in straight sets. Zverev showed great skill as he won 100% of his service games and 1 return game. The serving was especially impressive from Zverev as he hit 10 aces which allowed him to win 66% of his service points. Alexander Zverev looks in top form which will make him very tough to beat in this tournament.

Looking at all the information, I am going to pick Alexander Zverev to win this match. Zverev has been in outstanding form and he is a significantly stronger player on hard courts. Alexander Zverev was dominant in the previous round and I see him being good enough to defeat Nikoloz Basilashvili in this match.