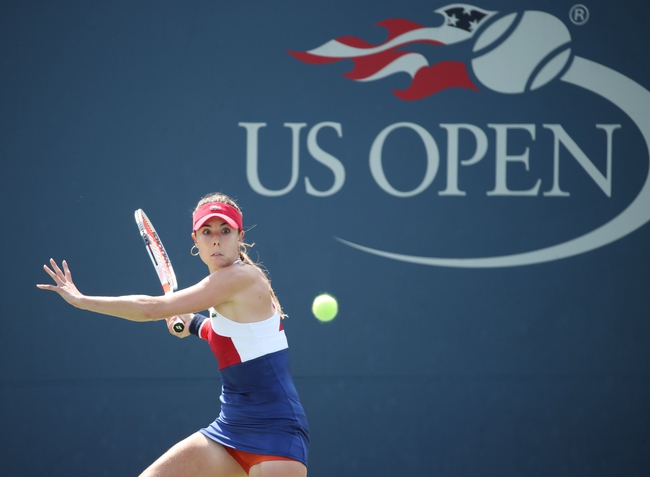 Italian tennis player Camila Giorgi has made it through to the quarterfinals of the 2019 WTA New York Open in Uniondale. At this stage of the tournament, Giorgi will play against Alize Cornet from France.

Camila Giorgi had to battle for three sets in the previous round. It was a determined performance by Giorgi as she lost the opening set but fought back strongly to win the final 2 sets and the match. During the win, Giorgi impressed with her receiving as she won 46% of her receiving points which allowed her to break her opponent’s serve on 7 occasions. Unfortunately for Giorgi, the serving was poor as she only won 53% of her service games. With the tournament getting into a later stage, Camila Giorgi must improve her serving if she wishes to compete.

On the other side of the coin, Alize Cornet defeated Zhu Lin in the previous round. It was an impressive performance by Cornet as she won the opening set 7-6 and was leading the second set 4-0 when her opponent retired. During the win, Cornet won 63% of her service games and 5 return games. It has been a strong few months for Alize Cornet as she recently made the final of the Ladies Open Lausanne. Cornet looks to be playing with confidence and that will make her tough to beat in this tournament.

Alize Cornet and Camila Giorgi have played each other 4 times in the past. Giorgi has won on 3 occasions while Cornet has won once. The most recent match between these two players was in 2017 at Wimbledon where Giorgi won in 3 sets. Cornet defeated Giorgi at the Australian Open in 2014.

Taking everything into consideration, I am going to pick Alize Cornet to win this match. Cornet has been in good form in recent months and she seems to be playing with great skill. Giorgi has been struggling and her serve has been a major problem. Cornet looks the better player and I see her defeating Giorgi and making it through to the semifinals.