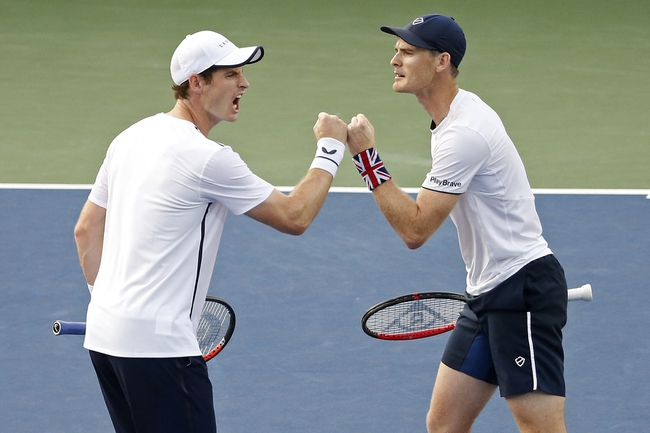 Andy Murray and Richard Gasquet meet in the first round of the 2019 tennis Cincinnati Open.

Andy Murray will play his first singles match since the Australian Open, as he’s been rehabbing from hip surgery and has been working his way back by easing into doubles play. Murray clearly feels comfortable and healthy enough to give it a go and it’s great news for tennis fans across the globe. After the five set match against Roberto Bautista-Agut, there were questions if he’d ever play tennis again, as the recovery isn’t easy and hip injuries are always dangerous for athletes. It’s going to be interesting to see how Murray looks out there considering you have to do a lot more running around in singles than you do with a partner in doubles. Murray has split his last six matches on hard court.

Richard Gasquet is coming off a third round appearance in Montreal and has split his last eight matches overall. Gasquet has really struggled with his second serve in his losses, and he’s coming off a match where he gave his opponent 12 break points. At this stage of his career and being 33 years old, we’ve reached the point where you’re just not sure which Gasquet you’re going to get. Gasquet has lost his opening match in two of his last five tournaments. Gasquet has won five of his last eight matches on hard court.

These two have played 11 times and Murray has won eight of those matches, including the most recent match in the 2016 French Open. Gasquet hasn’t beaten Murray since 2012 Rome. Only two of the matches were decided in straight sets.

Gasquet should be the favorite due to the fact he’s been playing consistently, but he hasn’t been getting consistent results. Gasquet is more than beatable these days, and while there’s certainly going to be rust with Murray, he’s obviously healthy enough and feels good enough about his game to enter this tournament. Murray is also one of the more competitive players on tour, and even when he was hurt and playing on one leg against Agut, he almost pulled out a win in Australia.

I’ll take a shot with Murray and the plus money.