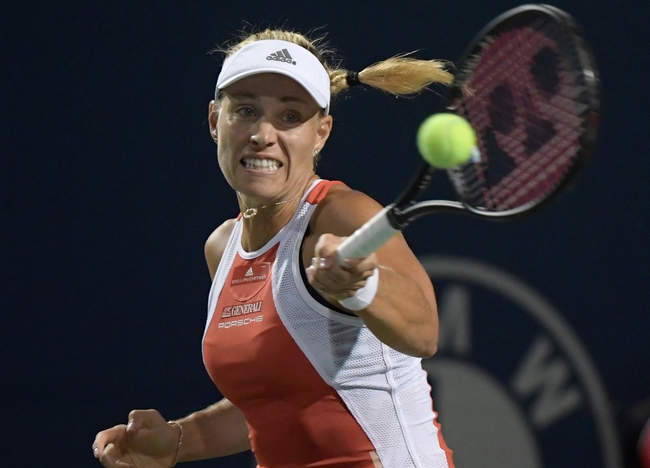 Anett Kontaveit and Angelique Kerber meet in the first round of the 2019 tennis Cincinnati Open.

Angelique Kerber is coming off a first match exit in Toronto and has lost three of her last four matches overall. In her last match, Kerber won just 52 percent of her total service points, had three double faults and was broken five times. In her last six sets overall, Kerber has been broken a combined 13 times, so it’s clear what she’s having issues with at the moment. The good news is Kerber is a two-time finalist in Cincinnati and her 63 percent winning percentage is her highest of any Premier 5 tournament. Kerber has lost hr opening match just three times since Montreal of last year. Kerber has split her last six matches on hard court.

These two have played three times and Kontaveit has won two of those matches, but Kerber won the most recent match this year in Doha. All three matches took place in straight sets.

You could make a case for either of these players given the up and down play, especially with Kerber in a serious funk. However, Kerber has been competitive in every match, win or lose, while Kontaveit has had to fight for everything even in victories. If Kerber can just iron out the wrinkles in her service game, she should get back on track and start piling up the victories.

I like Kerber to advance to the next round.