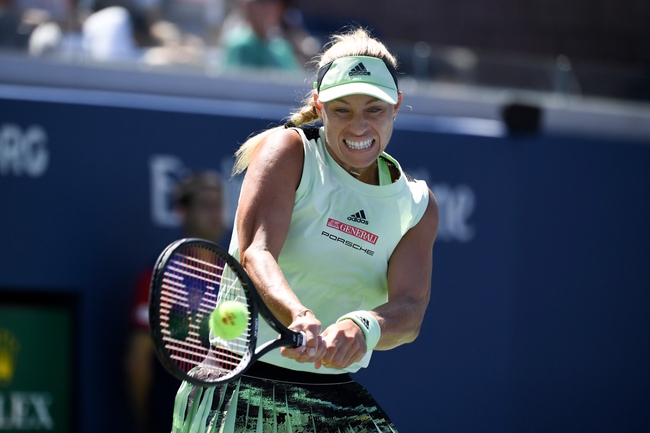 German tennis superstar, Angelique Kerber will be playing at the 2019 WTA Zhengzhou Open in China. Kerber will begin her campaign against Alison Riske from the United States.

Angelique Kerber had a disastrous US Open campaign where she was eliminated in the opening round by Kristina Mladenovic. Kerber struggled with her serving and managed to lose vital points throughout the contest to fall behind. In general, things have been tough for Angelique Kerber as she has only won 1 match since the start of Wimbledon. Kerber has dropped out of the top 10 in the world and the German will be desperate to turn things around in the final few months of the season. Angelique Kerber has done well in Asia as she has managed big results in tournaments such as the Hong Kong Open and the Pan Pacific Open.

On the other side of the coin, Alison Riske enters this tournament following a modest US Open campaign where she was eliminated in the second round. Riske defeated Garbine Muguruza in the opening round but was outclassed by Jelena Ostapenko in the second round. Alison Riske had a very strong campaign at Wimbledon as she made the quarterfinals but following that result, the American has not produced any big wins and that will be hugely disappointing for the player. Alison Riske has a very strong record in China with her biggest results coming at the Tianjin Open and Shenzhen Open. That being said, this is expected to be a tough match since Riske is playing against a very accomplished player in Angelique Kerber.

Alison Riske and Angelique Kerber have played each other 4 times in the past. Kerber has won on 3 occasions while Riske has only won once. The most recent match between these two players was in 2018 at Mallorca where Alison Riske won in 3 sets. Kerber is 1-0 against Riske in matches played on hard-court.

Taking everything into consideration, I am going to pick Angelique Kerber to win this match. Riske is strongest on grass and she has shown her problems on hard-courts as she struggled during the North American leg of the tour. Angelique Kerber is an outstanding player and I see her being able to turn her form around against an opponent whom she has a good record against.