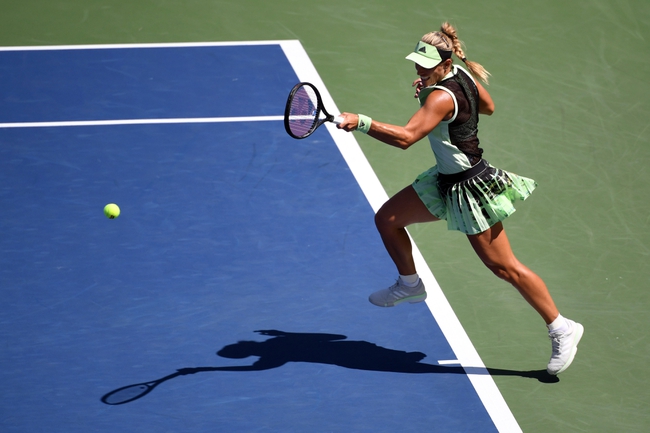 German tennis superstar, Angelique Kerber is set to play at the 2019 WTA Wuhan Open in China. Kerber will begin her tournament in the opening round where she will play against Monica Puig from Puerto Rico.

Monica Puig last played the Pan Pacific Open where she was eliminated in the opening round by Zarina Diyas. It was a very poor display by Puig as she only won 3 games in the entire match. It has been a very tough few months for Monica Puig as she has not won a full WTA match since the Citi Open which was at the end of July. The hard court season has been a challenge for Monica Puig in 2019 as she has only won 35% of her games on this court. This is expected to be a tough match for Puig as she is playing an elite opponent in Angelique Kerber.

Looking at Angelique Kerber, the German superstar has a relatively strong Pan Pacific Open campaign where she made the semifinals. During the Pan Pacific Open, Kerber showed her class and managed to display her incredible defensive abilities. It has been a tough few months leading up to the Pan Pacific Open for Angelique Kerber as she had failed at tournaments during the North American leg. Kerber will gain great confidence from her performance in Osaka and that should make her tough to beat in this tournament.

Kerber and Puig have played each other 5 times in the past. Kerber has won on 3 occasions while Puig has won twice. Monica Puig won the most recent head-to-head match which was in 2017

Kerber had a good tournament at the Pan Pacific Open and she should be entering this match with confidence. In comparison, Monica Puig is looking in poor touch following an embarrassing loss to Zarina Diyas. Looking at all the information, I see Angelique Kerber winning this match with some ease.