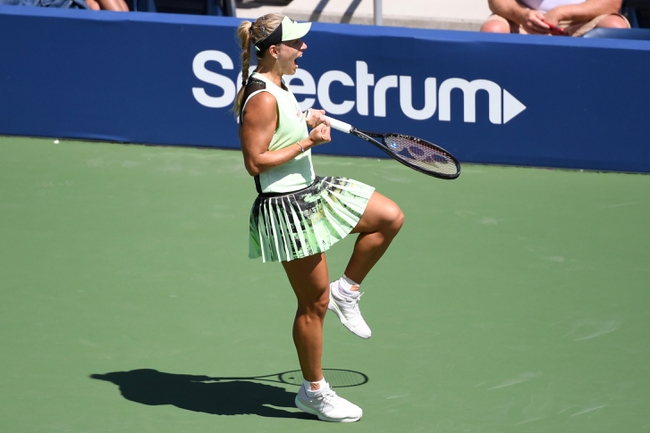 German tennis player, Angelique Kerber is going to play at the 2019 WTA China Open. Kerber will begin her tournament in the opening round where she will play against Zhang Shuai from China.

Zhang Shuai last played at the Wuhan Open where she was eliminated in the opening round by Sloane Stephens. It was a comprehensive defeat for Zhang as she was beaten in straight sets. Despite that result, it has been a decent few weeks for Zhang Shuai as she made the quarterfinals of the Guangzhou Open and the third round of the US Open. Playing on home soil, Zhang has received outstanding support over the past few weeks and she will be hoping to make a big impact in her country’s capital.

On the other side of the coin, Angelique Kerber enters this tournament following a poor Wuhan Open campaign where she was eliminated in the opening round. While the result at Wuhan was disappointing, Kerber will still feel confident as she enters this match as she has had a decent Asian leg of the tour. Angelique Kerber made the semifinals of the Japan Open where she defeated Madison Keys. The 2019 season has seen Kerber struggle with injury but the German looks to be returning to full fitness which has allowed her to play her strong defensive game. Angelique Kerber should be optimistic as she enters this match.

Angelique Kerber and Zhang Shuai have played each other twice in the past with both players winning on 1 occasion. The most recent match between these two players was last season at the China Open where Zhang Shuai won in straight sets.

Zhang Shuai will be confident following her result against Kerber last season at the China Open. That being said, I see Angelique Kerber winning this match. Kerber found some good form during the Japan Open and I see her playing solid tennis. Kerber is the stronger player and she should be too strong for Zhang Shuai.