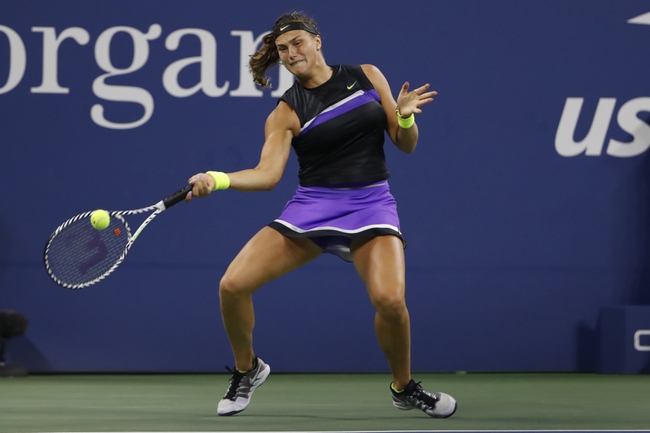 Aryna Sabalenka has made the final of the 2019 WTA Wuhan Open in China. At this stage of the tournament, Sabalenka will play against Alison Riske from the United States.

Aryna Sabalenka was very impressive in the previous round as she defeated Ashleigh Barty in straight sets. During the win, Sabalenka impressed with her serving as she won 64% of her service points which allowed her to win 91% of her service games. In addition to that, Aryna Sabalenka also managed to break Ashleigh Barty’s serve on 3 occasions. Sabalenka is the reigning champion at the Wuhan Open and it seems like she always produces her best tennis at this event. Considering her form during this tournament and her record at Wuhan, Sabalenka will be tough to beat.

Alison Riske and Aryna Sabalenka have played each other twice in the past. Sabalenka has won both prior head-to-head matches. The most recent match between these two players was earlier in the season at the Shenzhen Open where Aryna Sabalenka won in 3 sets.

Despite her results in this tournament, I see Alison Riske losing this match. Aryna Sabalenka has played extremely well and she seems to have an edge over Alison Riske as seen in prior head-to-head matches. Sabalenka has an outstanding record at this event and I see her winning this match and winning her second successive Wuhan Open title.