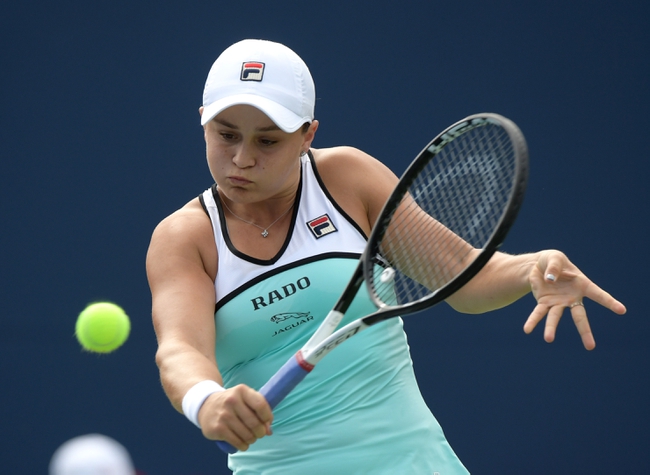 Ashleigh Barty and Maria Sharapova meet in the second round of the 2019 tennis Cincinnati Open.

Ashleigh Barty is coming off a first match exit in Toronto and has actually lost each of her last two matches. In her last performance, Barty won 58 percent of her total service points, was broken six times and had five double faults. Barty has been broken 10 times in her last six sets and has had serious issues with her second serve. However, you could also make a case that the early exit in Canada could be could for Barty, as it gave her an extended rest and a chance to charge the batteries. With constant deep runs and three titles since March, Barty has played a ton of tennis this year and a break could be helpful. Barty has lost her opening match just twice since Madrid last year. Barty has won eight of her last 10 matches on hard court.

These two have split the previous two meetings, as Sharapova won Rome 2018 and Barty won 2019 Australian Open. Both matches were decided in three sets.

Sharapova hasn’t played consistent tennis this year and hasn’t won back-to-back matches since January. Sharapova is also still very inconsistent with her serve and makes silly errors in key situations. She’s still not herself yet. While Barty has tripped up the last two times we’ve seen her, there’s no denying she’s been the most dominant player on the women’s side this year and is trustworthy.

Barty makes the third round.