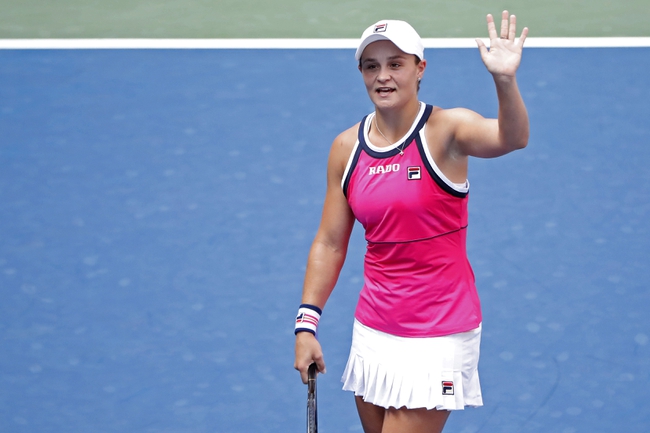 French Open winner, Ashleigh Barty has made it through to the fourth round of the 2019 WTA US Open in New York. At this stage of the tournament, Barty will play against Wang Qiang from China.

Wang Qiang enters this match having defeated Fiona Ferro in straight sets in the previous round. During the win, Wang impressed with her receiving as she won 44% of her receiving points which allowed her to break Fiona Ferro’s serve on 3 occasions. The serving was also solid from Wang as she won 82% of her service games. It has been a decent few weeks for Wang Qiang as she made the semifinals of the New York Open prior to arriving at this tournament. Despite that form, this is expected to be a tough match for Wang as she is playing against the number 2 seed.

On the other side of the coin, Ashleigh Barty defeated Maria Sakkari in straight sets in the previous round. It was a good performance by Barty as she won 90% of her service games and 4 return games. The receiving was especially impressive as Barty won 47% of her receiving points. Barty has been in outstanding form and she enters this match having made the semifinals at the Cincinnati Masters. With form on her side, Ashleigh Barty remains one of the favorites to win this tournament.

Ashleigh Barty and Wang Qiang have played each other twice in the past. Barty has won on both occasions. The most recent match between these two players was 2018 at the WTA Elite Trophy where Ashleigh Barty won in straight sets.