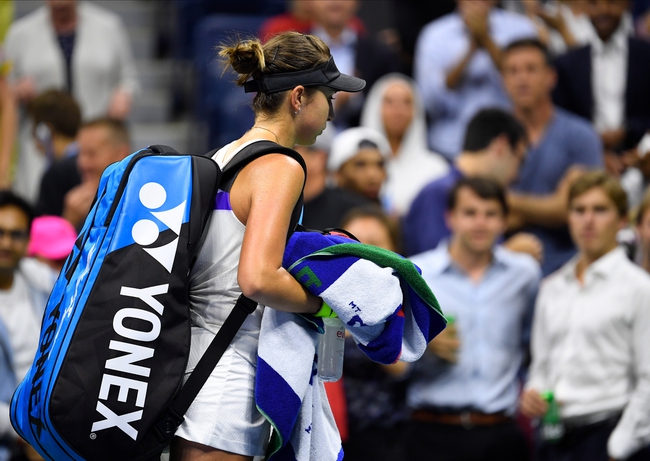 Belinda Bencic and Su-Wei Hsieh meet in the first round of the 2019 tennis China Open.

Belinda Bencic is coming off a first match exit in Wuhan, meaning she’s lost back-to-back matches when you throw in the US Open semifinals. It’s been an up and down season for Bencic, but it appeared she was finding her rhythm in New York, playing some of her best tennis as of late. In her last match, Bencic won 56 percent of her total service points, was broken five times and had 13 double faults. Bencic obviously has to be much shaper if she’s going to make this tournament a success. Bencic has lost her opening match four times since Miami. Bencic has won five of her last seven matches on hard court.

Su-Wei Hsieh lost her second match in Wuhan and enters this tournament splitting her last six matches overall. Hsieh is coming off a performance where she won 49 percent of her total service points, was broken four times and had three double faults. Eight of Hsieh’s last 10 matches have gone the distance. Hsieh has lost her opening match once since the French Open. Hsieh has split her last six matches on hard court.

These two played twice and Bencic won both meetings, including the most recent match in 2017 challenger play.

Hsieh is no pushover and more than capable of winning this match if she gets her serve down. The problem is Bencic has been the more consistent player overall this year and seemed to find her game in New York. As long as Bencic is hitting the ball with confidence and not piling up the unforced errors, she should cruise in this contest.

Bencic advances to the next round.